Sewage Pumped by Settlers Toward Village Outside of Ramallah 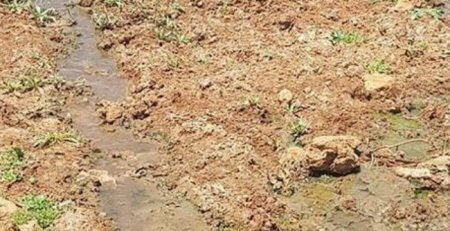 The new settlement of “Amichai” has reportedly discharged sewage water, on Monday morning, that drenched Palestinian lands in a town called TurmusAyya, north-west of Ramallah.

Even though the residents tried to dig holes to collect the polluted water, it continued to flow toward adjacent lands. Locals fear that it would pose threat to their agricultural economy, especially for the owners of the land, since the situation has been ongoing for two months, intermittently.

The newly established settlement, under supervision of the “Maaleh Binyamin Regional Council” was built after the evacuation from “Amona” settlement, which currently has 40 families as dwellers, according to the PNN. Despite objections from officials and local Palestinians, the new settlers confiscated the private Palestinian properties with protection from Israeli occupation forces.