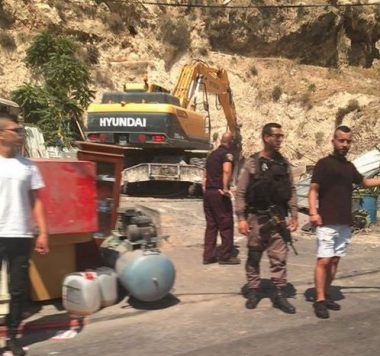 The soldiers, accompanied by personnel from the Jerusalem City Council, invaded Wadi Qaddoum area, in Silwan town, south of the Al-Aqsa Mosque, and demolished a carwash facility.

The army also invaded Umm Tuba village, south of Jerusalem, and demolished a barn owned by a Palestinian shepherd.

The demolitions took place after dozens of soldiers, accompanied by bulldozers, invaded Silwan and Umm Tuba, and encircled the two areas, before surrounding the targeted structures.

The Israeli army claimed the structures were built “without permits” from the City Council, in the occupied city.