Palestinians Protest The Killing Of Nurse From Bethlehem 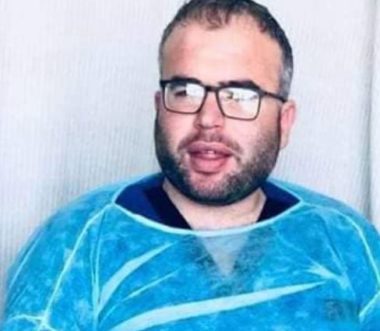 Hundreds of Palestinians marched, Monday, in the West Bank city of Bethlehem, protesting the assassination of a Palestinian nurse, who was killed by Israeli soldiers while heading to Hebron to assist a patient.

Media sources in Bethlehem said the processions took off from Bethlehem University and Palestine Ahliya University, along with several other areas, before matching towards the home of Ramzi Abu Yabis, in Deheishe refugee camp, south of Bethlehem.

They marched chanting against the ongoing Israeli occupation, and the execution of Abu Yabis, who was driving to Hebron, to visit with a patient, when the soldiers shot and killed him following a traffic accident with them.

The army claimed the Palestinian “deliberately rammed the soldiers,” wounding three. One soldier suffered a moderate wound, and two others were mildly injured.