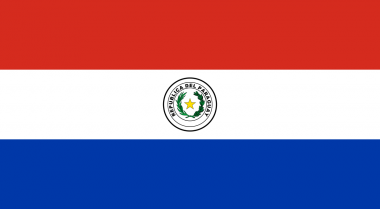 The South American county of Paraguay has announced reversing its decision to move its embassy from Tel Aviv to occupied Jerusalem, a political move that angered Israel, which shuttered its embassy in Asuncion, and recalled the ambassador.

The new president of Paraguay, Mario Abdo Benitez, who just took office a month ago, said that his country wants to be part of the efforts to reach a comprehensive peace agreement in the Middle East; therefore, it decided to reverse its decision to move the embassy to Jerusalem.

Back in May of this year, and after U.S. President Donald Trump officially recognized occupied Jerusalem as the unified capital of Israel, and moved the American Consulate to the city, Paraguay, under the former President Horacio Cartes, made a similar recognition, and its president personally attended the inauguration of the new embassy in the city.

His decision was made after Guatemala also decided to move its embassy to occupied Jerusalem.

Meanwhile, Palestinian President Mahmoud Abbas, and the Palestinian Unity Government, issued statements welcoming the latest decision of Paraguay to move its embassy out of occupied Jerusalem.

Yousef al-Mahmoud, the spokesperson of the Palestinian government, said Paraguay’s latest decision was made after the country conducted a real and comprehensive reconsideration of its earlier decision.

“Paraguay understands the urgency of abiding by International Law, and all UN resolutions regarding Jerusalem,” al-Mahmoud said, “More than 138 countries have recognized East Jerusalem as the capital of Palestine; it was illegally occupied, along with the rest of Palestine, in 1967, and there can be no peace in the region without it.”

He also thanked Paraguay and its people, for the courageous decision, and added that the Palestinian leadership will continue its diplomatic efforts to ensure the implementation of all legitimate, internationally guaranteed rights of the Palestinian people.

Dr. Hanan Ashrawi, a member of the Executive Committee of the Palestine Liberation Organization (PLO) also described the decision as courageous, and added that it abides by international principles and resolutions.

“We welcome this courageous decision, which assures that Paraguay if affirming its commitment to International Law, and its freedom from American and Israeli Blackmail,” Ashrawi stated, “This decision also sends a strong message that the world will not grant Israel and the United states a green light to kill the Palestinian State, and its Capital, East Jerusalem.”

It added that Tel Aviv will shutter its Embassy in Paraguay, and intends to recall its ambassador for consultations.