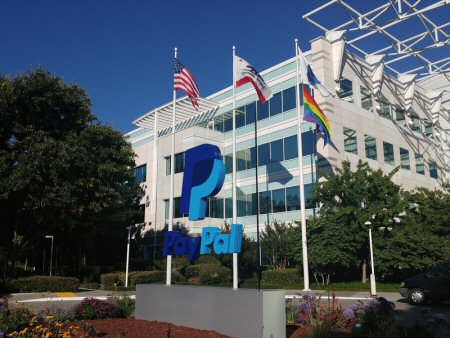 PayPal, already facing pressure for its refusal to provide services to Palestinians living under Israeli military occupation, appears to be going a step further in its anti-Palestinian efforts.

Last week it abruptly shut down the account of a major Palestine solidarity group in France without providing an explanation.

In taking this action, the global payment and money transfer firm appears to be caving in to pressure from Israel and its lobby groups.

Association France Palestine Solidarité said in a statement on Saturday that it had just been informed of the “unexpected blocking” of its PayPal account, adding that several pro-Israeli websites had been crowing about the news.

AFPS said that on 26 January it received “a very succinct email from PayPal informing us of the closure of our account ‘because of the nature of our activities.’”

According to AFPS, this action came “without giving a reason and without contractually stipulated notice, despite the fact that our activities have been identical for years and we have never had a problem with our account.”

Notably, AFPS is one of 20 human rights organizations placed on a blacklist by Israeli authorities earlier this month, barring its members from entering any Israeli-controlled territory.

The group says it is demanding an explanation from PayPal and could take legal action.

The closing of the French group’s PayPal account does appear to be a continuation of Israel’s efforts to crack down on supporters of Palestinian rights.

As intense propaganda efforts have failed to stem the growth of support for Palestinian rights in Europe and around the world, Israel has turned increasingly to censorship, repression and lawfare.

Notably, Gerald Steinberg, the head of the right-wing Israeli group NGO Monitor that harasses and smears human rights and activist groups, boasted on Twitter that his organization’s “research” about AFPS was cited in a Jerusalem Post article celebrating the shutdown of the PayPal account.

The Jerusalem Post article is written by Benjamin Weinthal, nominally a journalist, but in reality a key operative of Israel’s anti-Palestinian campaign in Europe.

Weinthal specializes in smearing activists and groups and in 2010 teamed up with NGO Monitor to make false allegations against The Electronic Intifada.

Weinthal is also a “senior fellow” at the Foundation for the Defense of Democracies, an American neoconservative group that has attempted to smear the grassroots, nonviolent boycott, divestment and sanctions (BDS) movement as linked to Hamas and Iran.

“Due to customer confidentiality, we cannot comment on the details of any specific PayPal account,” Weinthal reported the company telling him in response to an inquiry.

“However, we would like to stress that PayPal has zero tolerance for the use of our secure payments platform to facilitate illegal activities,” the company added.

In his article, Weinthal claims credit for approaching PayPal, suggesting to it that AFPS was breaking French law by supporting the nonviolent BDS movement.

He also takes credit for similar pressure which he claims resulted in the shut down of the accounts of other Palestine solidarity groups in 2016.

The focus on PayPal comes amid a concerted campaign by Israel to pressure other Silicon Valley companies including Facebook, Twitter and Google to censor Palestinians and their supporters on its behalf.

Facebook has admitted that it deletes accounts at the direction of the US and Israeli governments.

PayPal’s corporate propaganda claims that it is “giving opportunity to people across the globe.”

But the company is already the focus of an ongoing activist campaign over its refusal to provide services to Palestinians in the occupied West Bank and Gaza Strip.

The platform has become perhaps the most common way for people around the world to carry out direct transactions with each other easily and with much less cost and complication than traditional bank or money transfer services.

Until there are widely accepted alternatives to PayPal, the company’s refusal to serve Palestinians living under military occupation and siege leaves them even more isolated.

Last year, Dalia Shurrab, an entrepreneur in Gaza, told The Electronic Intifada about the damage done by PayPal’s discrimination against Palestinians.

“PayPal’s restrictions majorly disadvantage Palestinian startup and tech companies,” Shurrab said, “essentially rigging the game in favor of their competitors in the rest of the Middle East and North Africa.”

Shurrab said that entrepreneurship in Gaza is growing fast, but PayPal’s global dominance in relatively inexpensive person-to-person payments acts as a real brake given its refusal to serve Palestinians.

Shurrab had wanted to launch her own startup, but was forced to abandon the plan given lack of access to payment. “Because PayPal does not operate in Gaza,” Shurrab said, she rarely receives payment for her freelance work.

Association France Palestine Solidarité said its ability to accept donations has not been affected by the closure of its PayPal account, as it had already decided to switch its processing of donations to a different company.

Moreover, AFPS says that the attacks by the Israel lobby are an unintended tribute to the work it is doing.

The group said: “In spite of the enormous means deployed in order to gag us, we are confident that we will be able to count on the political and financial support of all who refuse to accept violations of the law as a rule of conduct in order to crush the Palestinian people.”