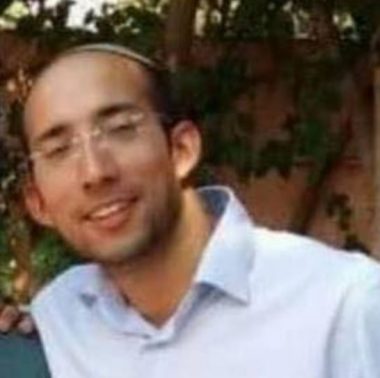 On Monday, Israeli forces carried out a wide-scale search campaign in several villages and towns located to the north of Salfit, blocked roads and declared these areas to be closed military zones following the killing of an Israeli colonist settler near the Israeli settlement of Ariel, according to local sources.

Israeli sources said that the settler has been identified as Itamar Ben Gal, a 29-year-old teacher, from the of Har Bracha colony, in the northern West Bank.

The person who allegedly killed the settler was identified by Israeli forces as 19-year old Abdul-Hakim Asi. The Israeli military said that a number of soldiers chased the 19-year old, and two military vehicles hit the young man before he managed to flee the scene.

According to Israeli sources, surveillance video shows the assailant getting off of a shared taxi near the entrance to Ariel, the largest Israeli settlement in the West Bank. The assailant then allegedly approached Ben Gal, who was standing at a hitchhiking post for Israeli settlers, and stabbed him several times before fleeing.

Ben Gal taught at two religious Jewish seminaries, both of them located in illegal Israeli settlements: one in Gival Smuel, and the other in Har Bracha settlement, according to the Israeli daily Haaretz.

Ben Gal was transferred to hospital, with critical injuries in his upper extremities, where he succumbed to his wounds shortly after.

The Israeli daily, Haaretz, reported the Abdul-Hakim’s mother is from Haifa, while his father is from Nablus, in the northern West Bank.

People who have one parent from inside Israel and the other from the West Bank are often denied residency, and are forced to live with one parent in the West Bank, which is considered ‘second class status’ by Israeli law. Inside Israel, the government is nominally considered a democracy, whereas the Israeli military rules the occupied West Bank with martial law.

In the aftermath of the fatal stabbing, dozens of Israeli paramilitary settlers  gathered along  roads in the area around Salfit, and the entrances to the villages of Hares and Kifl Hares, and attacked passing Palestinian cars with stones.

Israeli Prime Minister Binyamin Netanyahu issued a statement following the death of the settler, saying that Israeli military forces “are in pursuit of the murderers. We will exact our judgment.”

The Hamas party also issued a statement, saying the attack is a direct response to Donald Trump’s unilateral declaration of Jerusalem as the capital of Israel — a declaration that effectively denies the existence of over a million Palestinians who live in Jerusalem.