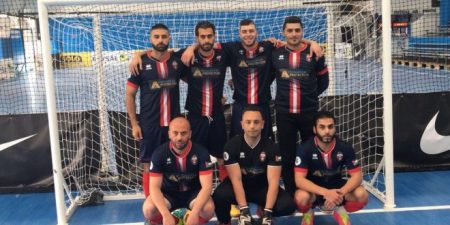 Saturday 26th November 2016 marked the completion of the PCA Futsal Tournament – season 4, where the The Palestinian Community Association in Victoria (PCA) hosted a fundraiser lunch in collaboration with Knafeh Nabulseyeh (Business Owner Mussa Khayat) in Melbourne, Australia, reaching the goal of A$10,000.

According to the PNN, the money will go to the Al-Awda kindergarten in Al-Azzeh camp, Bethlehem, Aida Youth Center in Aida refugee Camp, and to Lajee cultural center in Aida as well.

“We had a great turn out of players, their families, friends and members of the Palestinian community in Melbourne,” said Nadeem Farhoud, an Australian-Palestinian soccer player and main charity coordinator.

“It was great atmosphere of support, collaboration and joy to cheer on the teams participating in the Grand Final and to also boost the donations to allow us achieve our ultimate goal,” he added.

The league started with the Bronze Medal Match between Gaza FC and Al-Lyd Fussball Bund, Which saw Al-Lyd winning the Bronze medal with 8 – 3 result.

Then the Grand Final took place between Aida United FC and Gaza Warriors, Which ended with a 4 – 7 win to Gaza Warriors.

In his final speech, Nadeem Farhoud congratulated all teams and stated “We should all feel like winners because we have achieved the goal of this tournament. We raised A$10,000 for the Palestinian children at Aida and Al-Awda Refugee Camps”.

Nadeem thanked the players, supporters, PCA & Olive Kids organisations, as well as the sponsors who made this success possible.