PCBS Report: More Than Half of Gaza Lives in Poverty 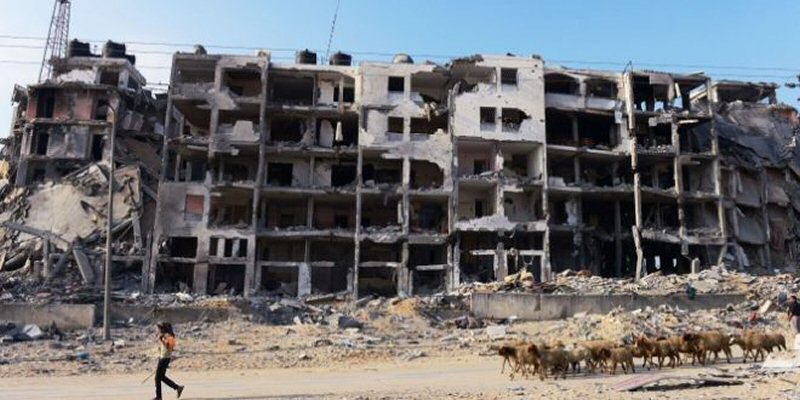 A new report by the Palestinian Central Bureau of Statistics (PCBS) on the Levels of Living in Palestine in 2017, released on Sunday, noted that more than half the population in Gaza Strip were poor in 2017.

According to the report, the percentage of poverty was 13.9% in the West Bank, while it reached more than half of population in Gaza Strip as it was 53.0%, which  means four times higher than poverty percentage in the West Bank, leaving around 29% of the Palestinians poor in 2017.

The report added that data showed an increase in poverty percentages in 2017 compared to 2011.

According to the official PCBS website, this increase in percentages was mainly because of the sharp increase in poverty in the Gaza Strip.

On a related note, the report said that the monthly average of per capita expenditure in Palestine was 169.5 JDs (220.1 JDs in the West Bank, and 91.2 JDs in Gaza Strip), showing an increase between 2011 – 2017, around 31% of which was spent on food (29.1% in the West Bank, and 35.7% in Gaza Strip), followed by the percentage of per capita expenditure on transport and communications by 18.5%, and 8.7% on housing, and the lowest percentage of expenditure was on recreation group by 1.5%, and second lowest percentage was on personal care group by 2.1% in Palestine.

The average monthly expenditure of household was  around 935 JDs.

The change in expenditure patterns (either increasing or decreasing) in Palestine was the same for the West Bank and Gaza Strip in all groups except for the following three groups: Housing, Medical Care, Non consumption Expenditure.

The third group was the non consumption expenditure group, which includes: gifts, loans interests, social insurance; the share of this group increased in the West Bank, but decreased in Gaza Strip, and it increased on the national level from 5.2% in 2011 to 6.2% in 2017.