Palestinian Shot and Wounded by Israeli Forces in Gaza 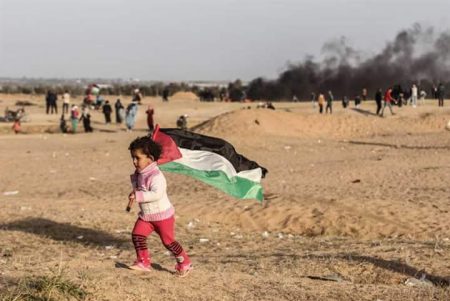 A Palestinian was shot by Israeli forces near the border fence with Israel on the eastern part of Gaza City during a protest on Sunday, according to local sources.

The Moment of shooting Palestinian young by Israeli sniper at the eastern borders of Gaza #IsraeliCrimes#GreatReturnMarch#GroupPalestinepic.twitter.com/sGlfsnibjX

He was moderately injured by the gunshot wound, and taken to a local hospital. Dozens of others were affected by tear gas inhalation. « PCBS Report: More Than Half of Gaza Lives in Poverty Israeli Soldiers Abduct Four Palestinians, Including A Child, In Hebron »