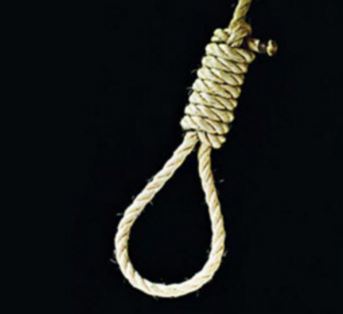 World Day against Death Penalty, 10 October 2016, The Palestinian Center for Human Rights (PCHR) – “On the World Day against Death Penalty, we stress that our struggle will continue on all levels to abolish this penalty… We believe, as everybody else do, the purpose of this punishment is reform and deterrence. However, death penalty does not achieve both sides of this purpose.

This was proven with facts and researches made by the countries that apply this penalty the most… Justice is meant to bring safety and serenity not revenge”.

PCHR has had an obvious position against death penalty since the very first day it was established although PCHR has realized such a position will not be reasonable for a big sector of the community that has been affected by different misinterpretations of the religious text concerning this penalty or the common concept of deterrence gained by this penalty, which has not been proved by facts nor researches.

PCHR has worked throughout over 20 years against death penalty, created a social controversy against it and dedicated a big part of its efforts towards stopping this penalty paving the way for its abolishment.

PCHR’s position is based on legal, reasonable and moral justifications explained in this paper below.

The split of the Palestinian Authority (PA) in 2007 frustrated the efforts aiming at the abolishment of death penalty.

It should be noted that PCHR has practiced huge efforts upholding a penal code without death penalty. PCHR went far on this track through meetings with decision makers, making correspondences, awareness-raising campaigns and debates until a draft of the Palestinian Penal Code was issued excluding death penalty.

On the 20th Anniversary of its Establishment, PCHR Launches Documentary Titled “PCHR: 20 Years of Experience”

Nonetheless, the split happened and not only obstructed all these efforts, but increased the application of this penalty also. There has a been a significant rise of this penalty following the Palestinian split, mainly in the Gaza Strip.

These laws are flawed for the over-imposition of death penalty concerning many crimes, some of which are political such as “conspiracy to overthrow the government”.

Military courts apply this penalty the most and practice their jurisdiction even on civilians in some cases, especially concerning collaboration with the Israeli occupation.

Bringing civilians before military courts is a grave violation of human rights and the Palestinian Basic Law (PBL) that stressed each person’s right to be presented before his/her natural judge.

PCHR has always highlighted its bias for the victims of death penalty.

However, PCHR stressed that its position does not mean to be lenient with criminals or abandon the requirements of security. All of this does not distort PCHR’s message of justice and righteousness that demands commitment to the justice requirements.

Justice requires that attributing a crime to its doer should be done without any logical doubts and any slight doubt found should be in favor of the accused person.

Moreover, the punishment must be commensurate with the crime and must not be degrading or severe, taking in consideration the punishment is imposed for reform not revenge.

This interpretation of justice is supported with studies and researches on which PCHR’s position is based, especially concerning the relation between death penalty and security.

PCHR underscores that its vision regarding death penalty relies on legal, impartial and moral justifications that do not in any form contradict with the Islamic Shari’a goals, which glorify life and human dignity.

PCHR believes that the insistence on the application of this punishment, which is irreversible, although the conditions and requirements for applying it are not available may put lives of innocents at stake and jeopardize the community’s serenity and security that are the main aims of justice.

Therefore, PCHR emphasizes on the World Day against Death Penalty, 10 October, that efforts will go on to abolish this inhumane penalty, taking in consideration the public interest and justice requirements that reject the killing of an innocent person.

This paper briefly displays facts about death penalty in Palestine and PCHR’s position towards it in eight items. Moreover, it includes recommendations for decision makers. The eight items are as follows:

Death penalty is defined as putting a person to death by a sentence issued by a competent court in due process. The Palestinian laws stipulate death penalty before Palestinian courts, whereas 10-15 death sentences are issued annually.

The majority of these sentences are issued in the Gaza Strip on grounds of collaboration with Israeli forces. Following are statistics relevant to using death penalty before Palestinian courts:

Six laws regulate death penalty in the PA; 3 of which are penal codes that identify criminalized acts and punishments imposed on them.

Following are these laws and in what areas they are applicable:

Fourth: Number of Crimes Requiring the Application of Death Penalty in the Palestinian law

The Palestinian penal codes identified the crimes the require the application of death penalty. These crimes were many; the majority of which were political. Following are a demonstration of a number of crimes punishable by death in the Palestinian law:

In 2014, the State of Palestine acceded to the 1966 International Covenant on Civil and Political Rights (ICCPR) without any reservations.

Thus, Palestine became bound by all the ICCPR’s terms, including Article 6 which imposed guarantees and obligations on countries to apply this penalty until it is cancelled.  Article 6 stipulates that:

“2- In countries which have not abolished the death penalty, sentence of death may be imposed only for the most serious crimes in accordance with the law in force at the time of the commission of the crime and not contrary to the provisions of the present Covenant and to the Convention on the Prevention and Punishment of the Crime of Genocide. This penalty can only be carried out pursuant to a final judgment rendered by a competent court…. 4. Anyone sentenced to death shall have the right to seek pardon or commutation of the sentence. Amnesty, pardon or commutation of the sentence of death may be granted in all cases. 5. Sentence of death shall not be imposed for crimes committed by persons below eighteen years of age and shall not be carried out on pregnant women. 6. Nothing in this article shall be invoked to delay or to prevent the abolition of capital punishment by any State Party to the present Covenant.”

Despite PCHR’s persistent calls, the State of Palestine has not acceded yet to the Second Optional Protocol to the ICCPR, aiming at the abolition of the death penalty.

Sixth: Conditions Required for the Application of Death Penalty in Palestinian Legislations

The Palestinian laws stipulate a number of procedural and impartial guarantees to issue or apply a death sentence.  These guarantees are proper and meet the conditions required by the international standards, which impose such conditions on countries that have not so far abolished death penalty.

These guarantees are flawed for the absence of the rule of law in the Palestinian society and poor Penal Code.

The legislations regulating the death penalty in the PA violate the human rights standards and rule of law as explained below:

PCHR is basically rejecting death penalty for human reasons par excellence. However, PCHR’s hard work in this field is not only motivated by this position, it is rather based on the justice requirements.

As mentioned above, there are a number of constitutional and legal guarantees for the application of death penalty included in the Palestinian laws.

The PA, especially in the Gaza Strip, cannot be committed to these guarantees, which violates the PA obligations according to article 6 of the ICCPR. Following is an explanation of PCHR’s position towards death penalty and the basis on which death penalty should be abolished in the PA.

PCHR’s position against death penalty relies on humane and moral grounds. PCHR believes that its position does not conflict with the spirit and teachings of Islam that aims at maintaining the human life. Grounds on which PCHR’s position is based are:

PCHR opposes the use of death penalty in the PA controlled areas due to lack of adequate guarantees for the application of such serious and irreversible punishment.  PCHR’s position justifications are as follows:

PCHR calls upon the Palestinian President to sign the Second Optional Protocol to the ICCPR and to issue a Presidential decision to halt the application of this penalty until it is abolished by the PLC when convened;