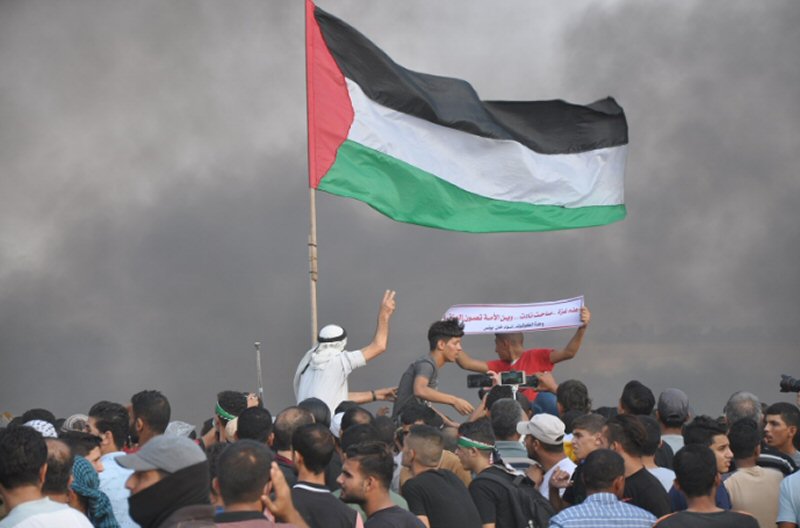 On Friday, 19 October 2018, in excessive use of force against peaceful protesters on the 30th Friday of the March of Return and Breaking the Siege, Israeli forces wounded 275 Palestinian civilians, including 49 children, 3 women, 3 journalists and 4 paramedics, with live bullets and directly hit teargas canisters in eastern Gaza Strip.  Ten of those wounded sustained serious wounds.

According to the fieldworkers of Palestinian Center for Human Rights (PCHR) during the reporting period, in light of wide-scale incitement by the Israeli highest military and political echelons against the protests and giving them a lead time until today to end them, the Israeli forces intensified the use of excessive force against the peaceful demonstrators though the organizers of the protests and Palestinian factions called for “maintaining the peaceful and popular nature of the protests and their tools” in addition to demanding “to take all measures to prevent and fail any opportunity for the Israeli snipers to take down the protestors.”

PCHR’s investigations and fieldworkers’ observations emphasize that the Israeli forces heavily opened fire at the protestors, inflicting many casualties.  Though no killings were reported, there were 10 persons seriously wounded.  Moreover, though limited attempts to approach the border fence were reported in the demonstration areas, there was no imminent threat posed to the life of the Israeli soldiers and the protests were totally peaceful.  PCHR’s fieldworkers did not witness any armed manifestations while the Israeli soldiers continued to position on the top of sand berms and hills, in military jeeps and tanks along the border fence.

This proves that Israeli forces continue to use excessive force against the protestors upon highest Israeli military and political echelons despite no danger or threat posed to the life of Israeli soldiers.

It should be mentioned that before the protests started today, the Israeli forces deployed large forces and tanks along the security border fence with the Gaza Strip and adjacent to residential areas in the vicinity of the Gaza Strip.

The Israeli shooting, which continued until 18:30, resulted in the injury of  275 civilians, including 49 children, 3 women, 3 journalists and 4 paramedics, were hit with live bullets and direct tear gas canisters. Ten of those wounded sustained serious wounds in addition dozens suffering tear gas inhalation and seizures after tear gas canisters were heavily fired by the Israeli soldiers from the military jeeps and riffles in the eastern Gaza Strip.

Moreover, at approximately 17:25, an Israeli drone launched 2 missiles at civilians in an olive field that is around 800 meters away to the west of the Return encampment in Khuza’ah in eastern Khan Younis.  As a result, 4 civilians were wounded.