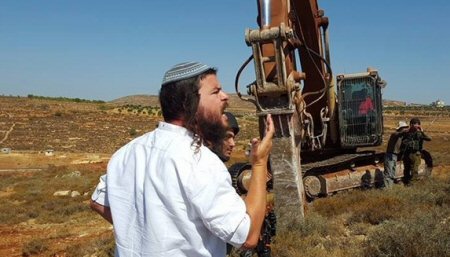 WAFA reported that a group of Israeli settlers threw rocks at Palestinian farmers while they were picking olives on their lands, in an attempt to force them to leave.

During the past week, Israeli settlers assaulted a Palestinian farmer while harvesting his olive trees in the Deir al-Hattab village in Nablus, and other farmers in Burin; settlers also uprooted dozens of olive trees and stole harvest in the Tell village.

Israeli human rights group B’Tselem reported that “Settler violence and vandalism takes place with full backing by the Israeli authorities. Sometimes soldiers take part in the assault; at other times, they stand idly by. The police makes no substantial effort to investigate the incidents, nor takes measures to prevent them or stop them in real time.”

Yesh Din, along with B’Tselem, have previously condemned Israeli authorities for failing to protect Palestinians from settlers violence or investigate attacks, particularly during olive harvest season, when incidents of attacks on harvesters and their olive groves have been a near daily occurrence in past years.