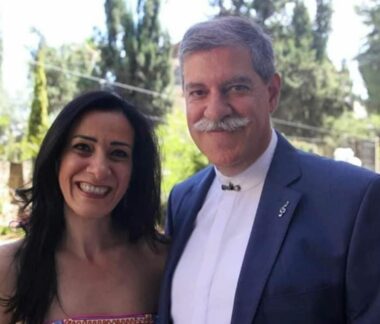 The Palestinian Centre for Human Rights (PCHR) strongly condemns IOF’s illegal and systematic violations targeting the presence of Palestinian associations in occupied East Jerusalem and aiming at altering the city’s features. PCHR calls on the international community to pressure IOF to stop their attacks and attempts to change the city’s features and create Jewish majority in addition to threatening Palestinian presence, last of which was the arrest of Jerusalem’s Mayor a week ago pending investigation, and activating relevant Security Council resolutions, including the resolutions that cancel changing the status of the holy city.

According to PCHR’s follow-up, at approximately 09:00 on Wednesday, 22 July 2020, an Israeli force of the police and Intelligence Service raided Yabous Cultural Centre and ESNCM on al-Zahra’a street in occupied East Jerusalem and confiscated documents, files, PCs, tablets, and surveillance cameras. Mohammed Maraghah, Director of the Edward Said National Conservatory of Music, said that an Israeli force of police and Intelligence Service stationed adjacent to ESNCM waiting for the staff to arrive before raiding it, alleging that they have a search warrant from the Israeli police and approved by the court, that allows them to search ESNCM and confiscate the devices and files alleging connection to funding terrorism. An Israeli force also arrested Dawoud al-Ghoul, Director of Jerusalem Arts Network – Shafaq after raiding his house in Silwan village, and confiscated documents and files.

Maraghah added that IOF confiscated large numbers of files and PCs, financial files of the years from 2014 – 2020, and 7 PCs and all papers from the center. Mraghah also said that about 15 Israeli police and intelligence officers were inside ESNCM, in addition to other forces deployed in its vicinity. They also confiscated about 21 medium-sized boxes of files and devices from both centers and the surveillance cameras. It should be noted that IOF confiscated devices Khuori and Elias’ house, Directors of both centers.
Maraghah emphasized that IOF raided both centers under the pretext of counter-terrorism and alleged having a search warrant by the Israeli court that allowed them to confiscate any content in the center without explanation. Maraghah pointed out that IOF raided ESNCM auditor’s office in Jerusalem.

For his part, Nasser Oudah, the couple’s lawyer, said that Khouri and Elias were detained at Abu Ghnaim police station, south of occupied East Jerusalem on charges of financing terrorist organizations. They were interrogated for 12 consecutive hours and then released with conditions. As for Dawoud al-Ghoul, Director of Jerusalem Arts Network, his detention was extended until appearing before court the next day.

It should be noted that Suhail Khouri (57), contributed in establishing multiple artistic and cultural institutions in Palestine in addition to developing ESNCM with its branches spread across Palestinian cities. As for his wife, Rania Elias, who runs Yabous Cultural Centre, a Palestinian civil society organization founded in 1995 and based in East Jerusalem that aims at reviving the cultural life in the occupied city, and shedding a light on the city’s importance, its Arab identity, history, and its religious, political and cultural influences.

PCHR believes that IOF’s practices are illegal and falls under a systematic policy adopted by the Israeli occupation authorities against occupied East Jerusalem and its associations since its occupation in June 1967, which aims at uprooting Palestinians from the city, deleting their heritage and fighting any proof of their existence and history in the city; changing its features in favor of settlement expansion and to create a Jewish majority and identity to the City to impose facts on the ground that nullify the Palestinian right to it.

PCHR also emphasizes that East Jerusalem is an occupied city and that all measures taken by the Israeli occupation authorities following the occupation of the city in 1967 do not change its legal status as an occupied territory.

PCHR also calls upon the High Contracting Parties to the Fourth Geneva Convention to fulfill their legal obligations and ensure Israel’s respect for the Fourth Geneva Convention in the oPt, in accordance with Article (1) of the Convention. PCHR believes that the conspiracy of silence practiced by the international community encourages Israel to act as a state above law, and to commit more violations of international human rights law and international humanitarian law, including efforts to create a Jewish majority in occupied East Jerusalem.