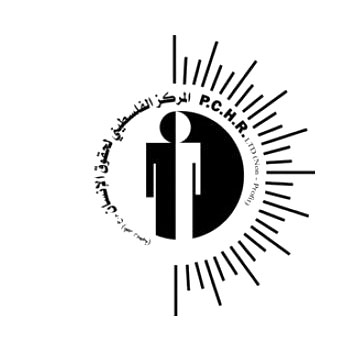 On Saturday morning, 04 June 2022, Israeli naval forces arrested 4 fishermen and wounded 3 others with rubber bullets. They also confiscated a fishing boat and damaged 4 others in four separate incidents off Beit Lahia Shore, north of the Gaza Strip.

According to the Palestinian Centre for Human Rights (PCHR) follow-up, at approximately 05:40 on Saturday, 04 June 2022, Israeli gunboats chased Palestinian fishing boats sailing within 2 nautical miles off al-Waha Shore in western Beit Lahia, north of the Gaza Strip, heavily opened fire around them and pumped water in an attempt to drown them.

Also, they surrounded a fishing boat manned by two fishermen: Waleed Hamza ‘Ali Zayed (21) and Mohammed Yaseen ‘Ali Zayed (28), from al-Salateen neighborhood in Beit Lahia, and arrested them. The two fishermen were taken to an unknown destination and their boat was confiscated.

In another incident, at around 06:15 on the same day, Israeli gunboats surrounded a fishing boat sailing within 2 nautical miles off al-Waha Shore, northwest of Beit Lahia, north of the Gaza Strip, and manned by two fishermen: Mohammed (29) and Yousef (27) Ameen Rushdi Abu Warda, from Jabalia refugee camp.

The Israeli naval forces arrested the fishermen and took them to an unknown destination; however, some fishermen managed to pull the fishing boat toward the shore. It turned out later that the boat’s engine sustained damage after the Israeli forces had opened fire at the boat, hitting the structure with several bullets.

Moreover, ten fishing nets on board were lost. At approximately 12:00, the Israeli authorities released the four fishermen; one of them was sustained a rubber bullet wound.

In another incident, at approximately 10:45 on Saturday, Israeli gunboats opened fire at fishing boats sailing within 3 nautical miles off al-Waha Shore, west of Beit Lahia.

As a result, two fishermen on board namely Tamer Rami ‘Abdul Latif Baker (29) and Tamer Suliman Yousef Baker (30), from al-Shati’ camp, were hit with several rubber bullets all over their bodies. Also, the boat’s engine sustained damage and broke down due to the shooting.

The two fishermen were taken to al-Shifa Hospital in Gaza City for treatment, while other fishermen managed to pull the fishing boat to the shore.

It is noteworthy that the Israeli Occupation Forces (IOF) restrict work of Palestinian fishermen and allow them to sail only within 6 to 12 nautical miles in the western Gaza Strip.

So far in 2022, PCHR documented the injury of 10 fishermen and the arrest of 37 others, including 6 children; 9 of them are still under arrest. Also, the Israeli authorities continue to keep 10 fishing boats and dozens of fishing equipment in their custody.

Also, the Israeli attacks against Palestinian fishermen violate the Fourth Geneva Convention relevant to the protection of civilians in time of occupation and stipulates the need to protect workers and guarantee their integrity.

PCHR reiterates its call on the international community, including the States Party to the Geneva Conventions of 1949, to force Israeli authorities to cease attacks and persecution of Palestinian fishermen in the Gaza waters, and to allow fishermen to fish freely.

Moreover, PCHR calls upon Israeli authorities to compensate fishermen for their losses caused by the continued Israeli attacks and release the detained fishing boats and equipment.