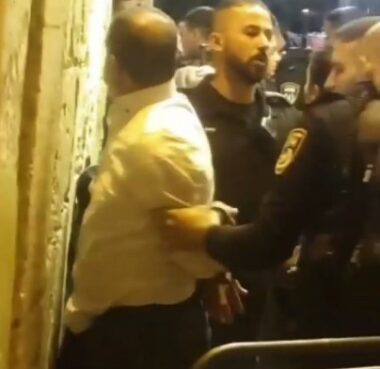 Israeli soldiers abducted four Palestinians on Sunday evening, detained, and assaulted many others near Bab Huta, one of the gates leading to the Al-Aqsa Mosque in occupied Jerusalem, in the West Bank.

Eyewitnesses said the soldiers stopped and assaulted a young man and a young woman near Bab Hutta, in the Old City, before abducting them.

They added that the soldiers also assaulted with batons many Palestinians, including several women, and interrogated them.

The Palestinians were struck with batons on several parts of their bodies, including the head, and suffered various injuries.

The soldiers also summoned for interrogated several women and abducted two young men before moving them to an interrogation facility.