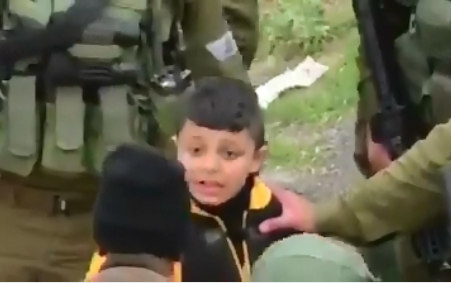 In its weekly report on Israeli human rights violations for the week of 28 March – 03 April 2019, the Palestinian Center for Human Rights (PCHR) found that Israeli forces continued systematic crimes in the occupied Palestinian territories throughout the week, including the use of excessive force against the peaceful protestors in the Gaza Strip.

In the West Bank, the Israeli forces killed a Palestinian civilian while another was shot dead by settlers.  On 02 April 2019, Israeli forces killed a Palestinian civilian and wounded 2 others when large number of Israeli forces moved into Qalendia refugee camp and Kafr ‘Aqab village, north of occupied East Jerusalem, to carry out an arrest campaign.  Meanwhile, dozens of Palestinian young men gathered at the entrance to the camp and threw stones and Molotov Cocktails at the Israeli vehicles and soldiers, who in response fired live ammunition and rubber-coated metal bullets at them.  As a result, Mohammed Dar ‘Edwan (23) was killed and 2 others were wounded.

Israeli authorities continued to create a Jewish majority in occupied East Jerusalem. As part of the Israeli house demolitions and notices, on 02 April 2019, Israeli municipality bulldozers demolished an under-construction residential building in Sho’afat in northern occupied East Jerusalem under the pretext of building without a license. The 2-storey building was built on 450 square meters and belonged to ‘Alaa’ and ‘Adnan Hoshiyah.  As soon as the building had been demolished, the Israeli bulldozers destroyed parts of al-Andalus club and swimming pool in the camp.  Mustafa al-Bayaa’, owner of the club, said the bulldozer destroyed parts of the second floor of the 300-square meter club.  They also demolished a parking lot at the entrance to Sho’fat refugee camp.

In the Gaza Strip, the Israeli forces continued to use lethal force against the participants in the peaceful protests organized along the Gaza Strip borders, which witnessed the peaceful protests for the 52nd week along the eastern and northern border area of the Gaza Strip. They also continued to use force against Palestinians demonstrating the incursions into the West Bank. In the Gaza Strip, Israeli forces killed 5 Palestinian civilians, including 2 children, and wounded 412 others, including 67 children, 11 women, 8 journalists, and 7 paramedics. The injury of nine of them was reported serious. Meanwhile, 3 other civilians were wounded after being targeted with a missile fired by a drone. In the West Bank, Israeli forces killed a Palestinian civilian and wounded 8 others, including 5 children, while Israeli settlers shot dead a Palestinian civilian and wounded another.

In the Gaza Strip, during the 52nd Friday of the Return and Breaking Siege March, Israeli forces killed 5 Palestinian civilians, including 2 children, while paricipating in the activities held to commemorate the 43rd anniversary of the Land Day and 1st anniversary of the breakout of the Great March of Return and Breaking the siege on 30 March 2019.

In Gaza City: on the abovementioned day morning, Israeli forces killed Mohammed Sa’ed (20), from al-Shija’iyah neighbourhood, after being wounded with a bullet to the chest that was fired by the Israeli forces at a group of civilians gathered 100 meters away from the western side of the border fence in Malakah area in al-Zaytoun neighborhood, east of Gaza City.  At approximately 15:15, Adham ‘Emarah (17), from al-Sha’af neughbourhood, was hit with a teargas canister to his face and then taken to al-Shifa Hospital in Gaza City, where his death was announced at 15:30.

In Khan Younis: Israeli forces stationed to southeastern side of the Return encampment opened fire and killed 2 Palestinians identified as Tamer Abu al-Kheir (18), from Hamad Housing Project in Khan Younis, who was wounded with a bullet to the chest, and Belal al-Najjar (17), from Bani Sheila, east of Khan Younis who was wounded with an explosive bullet to the chest, causing lacerations in his abdomen.  On 02 April 2019, medical sources in Naser Hospital in Khan Younis declared that Fares Abu Hajras (25), from Bani Sheila, east of the city, succumbed to wounds he sustained on 30 March 2019.  The abovementioned sustained a bullet wound to the abdomen when he was 20-30 meters away from the border fence in eastern Khuza’ah.

In excessive use of lethal force against the peaceful protesters along the Gaza Strip borders, during the reporting period, Israeli forces wounded 412 civilians, 67 children, 11 women, 8 journalists, and 7 paramedics. The injury of nine of them was reported serious.

As part of airstrikes, Israeli forces drones fired one missile at a group of civilians who were passing by the Shuhadaa’ Cemetery, east of Jabalia in the northern Gaza Strip. As a result, 4 civilians sustained shrapnel wounds in different parts of their bodies.

As part of targeting the Palestinian fishermen in the sea, the Israeli forces continued to escalate their attacks against the Palestinian fishermen, indicating the on-going Israeli policy to target their livelihoods. During the reporting period, PCHR documented 5 incidents were as follows: 2 incidents off Rafah Shore; 2 incidents off Khan Yunis Shore, south of the Gaza Strip; and one incident off al-Waha resort shore, north of the Gaza Strip.

As part of targeting the border areas, on 28 March 2019, Israeli forces stationed along the border fence with Israel, east of al-Shawka, east of Rafah, opened fire at a number of Palestinian civilians, who were collecting construction aggregates. However, no casualties were reported.

On 29 March 2019, Israeli forces opened fire at the border area adjacent to the border fence between the Gaza Strip and Israel, northwest of Beit Hanoun. However, no casualties were reported.

On 31 March 2019, Israeli forces opened fire at the agrictural lands, east of Gaza Valley village, but no casualties were reported.

In addition, Israel continued to impose the illegal closure on the Gaza Strip for the 13th consecutive year.

As part of Israeli settlers’ attacks against Palestinian civilians and their property, on Monday morning, 01 April 2019, settlers punctured tires of Palestinian vehicles and wrote on them and on walls racist slogans near “Pisgat Ze’ev” settlement established on the lands of Beit Hanina village, north of occupied East Jerusalem. Jewish settlers carry out attacks against Palestinian property in the West Bank and occupied East Jerusalem, within a group titled as “Price Tag”. This  group carry out acts of intimidation amounting to murder attempts, burining and damaging Palestinian lands and property, attacking Isalmic and Christian holy sites and exhumation of graves.

Due to the number and severity of Israeli human rights violations this week, the PCHR made several recommendations to the international community. Among these were a recommendation that the international community and United Nations take all necessary measures to stop Israeli policies aimed at creating a Jewish demographic majority in Jerusalem and at voiding Palestine from its original inhabitants through deportations and house demolitions as a collective punishment, which violates international humanitarian law, amounting to a crime against humanity.

PCHR also called upon the international community to condemn summary executions carried out by Israeli forces against Palestinians and to pressurize Israel to stop them, and called upon the States Parties to the Rome Statute of the ICC to work to hold Israeli war criminals accountable.