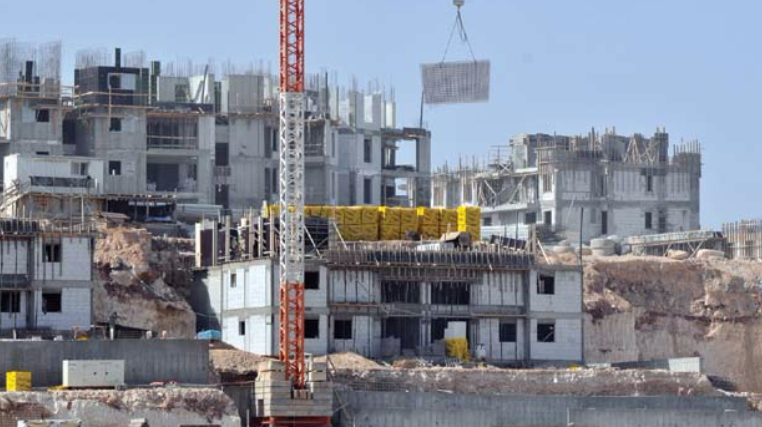 Israeli forces continued with systematic crimes in the occupied Palestinian territory (oPt) for the week of 30 March – 05 April 2017. Forces killed a Palestinian from Nablus in occupied Jerusalem, while 22 Palestinian civilians, including 3 children and a journalist, were wounded.The military continued to target the border areas in the Gaza Strip, but no casualties were reported.

During the reporting period, Israeli forces killed a Palestinian child from Nablus in Jerusalem’s Old City.  Meanwhile, they wounded 22 other civilians, including 3 children and a photojournalist, in the West Bank.  In the Gaza Strip, Israeli forces continued to open fire at the farmers in the border areas.

In the West Bank, in a new crime of using excessive force, on 01 April 2017, Israeli forces killed a Palestinian child, Ahmed Ghazal (17), from Nablus, after stabbing settlers on al-Wad Street in Jerusalem’s Old City.  They chased the abovmeentioned child, who fled towards the entry of a small building.  The Israeli forces then fired around 25 bullets at him from a close distance, so Ghazal immediately died.  Eyewitnesses emphasized that the shooting occurred immediately after they raided the building, so they could have arrested the child especially that the building is small and was completely surrounded.  Moreover, there was only one exit.

In the same context, on 30 March 2017, 16 civilians, including 2 children, were wounded when dozens of Palestinian civilians and human rights defenders organized a peaceful protest commemorating the Earth Day in Salman Mount, south of Nablus, and planted olive trees in a land threatened of confiscation.  Two of the wounded persons were hit with live bullets while the rest were hit with metal bullets.

On the same day, a 25-year-old civilian was hit with a bullet to the left thigh when Israeli forces moved into Tubas to carry out an arrest campaign.  Therefore, a number of civilians protested against them.

On 31 March 2017, a 14-year-old child was wounded when Israeli forces stationed at the southern entrance to Ni’lin village, west of Ramallah, opened fire at him.  They then arrested the child and took him to a hospital in Israel.

On the same day, Israeli forces wounded 3 civilians, including a photojournalist in Palestine TV while participating in Kafr Qadoum protest, north of Qalqilya.

On 05 April 2017, Akram al-Atrash (23) was hit with 3 bullets to the shoulder, hand and chest when Israeli undercover units dressed like Palestinians “Mosta’arbeen” sneaked into al-Dheishah refugee camp, south of Bethlehem to carry out an arrest campaign.

In the Gaza Strip, as part of targeting the border areas, on 03 April 2017, Israeli forces stationed along the border fence between Israel and the Gaza Strip, east of Khan Younis in the southern Gaza Strip, opened fire at the agricultural lands in al-Fokhari and Khuza’ah villages.  No casualties were reported.

On 04 April 2017, Israeli planes sprayed crop-killing pesticides on the agricultural lands to the west of the border fence between Israel and Gaza Strip, northeast of al-Qararah village, east of Khan Younis in the southern Gaza Strip. Farmers there emphasized that they saw small planes flying low in the area.  The farmers added that those planes started spraying pesticides over 300-400 meters of the lands to the west of the fence before moving to the north to the eastern side of Deir al-Balah in the central Gaza Strip.

During the reporting period, Israeli forces conducted at least 57 military incursions into Palestinian communities in the West Bank and 11 ones into occupied Jerusalem and its suburbs. During those incursions, Israeli forces arrested at least 73 Palestinian civilians, including 16 children. Twenty-three of them, including 11 children, were arrested in occupied Jerusalem.

In the context of house demolitions, the Israeli Municipality vehicles demolished 3 residential facilities, walls and an agricultural room in Za’im village, east of the city, under the pretext of non-licensing.  Those facilities are comprised of 3 buildings, which include 16 apartments; two of which were inhabited, 8 were ready for housing and 6 were under construction.  Moreover, the bulldozers demolished an agricultural room and walls surrounding 3 plots of lands.  It should be mentioned that the two inhabited apartments used to shelter 11 persons.

In the same context, Hafez al-Rajabi self-demolished his house on the same day in Beit Hanina village, north of East occupied Jerusalem, upon a decision by the Israeli municipality, in order to avoid paying the demolition costs to the municipality staff.  The 120-square-meter house was built 15 years ago and sheltered a family of 7 members, including 4 children.

in the same context, Fayez and Soliman ‘Abdel Latif Ja’abis was forced to self-demolishe their houses in al-Mukaber Mount village, southeast of occupied Jerusalem, upon a decision by the Israeli municipality.  The two houses were built on an area of 150 square meters 3 years ago and sheltered two families of 16 members, including 12 children.

Settlement Activities and settlers’ attacks against Palestinian civilians and their property:

On 30 March 2017, Israeli forces levelled Palestinian lands belonging to the Deir Balout Municpality, west of Salfit.  Local sources said that the Israeli municipality bulldozers levelled so far 20 dunums out of 72 dunums intended to be levelled.  those lands belong to the families of Samarah, ‘Abdel Rahman and ‘Abdullah and were levelled for the interest of expanding “Arayel” settlement and its industrial area.

On 03 April 2017, Israeli forces uprooted 135 olive trees from Qana Valley lands belonging to the Deiristiya Municipality, northwest of Salfit, under the pretext that “they are obstacles in the Natural Reserve.” A 35-meter retaining wall was also demolished under the pretext of changing the area.

In the same context, on 27 March 2017, a group of settlers from Gel’ad settlement established on the Palestinian lands of Jeet village, northeast of Qalqilya, attacked farmers from the abovementioned village while plowing their land there.