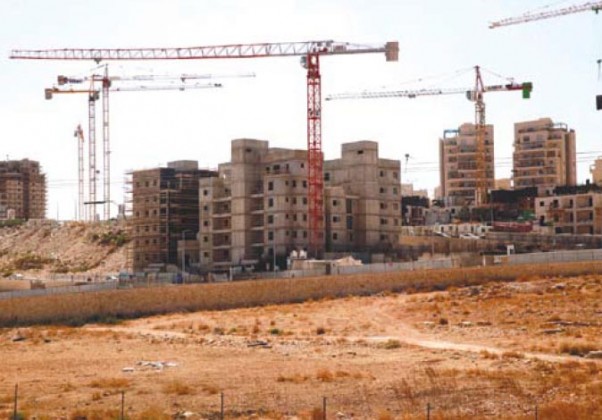 Israeli forces have continued to commit crimes, inflicting civilian casualties. During the reporting period, in the West Bank and occupied Jerusalem, Israeli forces killed a Palestinian woman and wounded 6 others, including 3 children. Two of them were directly targeted and seriously wounded.

In the West Bank, on Sunday, 19 October 2016, Israeli forces shot dead Raheeq Shajee’ Mohammed Yusef (19) while being present near Za’tarah checkpoint, southeast of Nablus, under the pretext of a stabbing attack.

In excessive use of deadly force, on 13 October 2016, Israeli forces fired a tear gas canister right to Mostafa Hassan al-Jamal (12) after moving into Beit Soreek village, northwest of Jerusalem. As a result, the boy suffered concussion.

On 15 October 2016, Israeli forces opened fire at the entrance to al-Jalazoun refugee camp, north of Ramallah. As a result, 3 civilians were wounded, including 2 children. One of the children named Fares al-Bayedh (15) was hit with a rubber-coated metal bullet to the forehead, due to which, his wound was classified as serious.

On 16 October 2016, 2 civilians were wounded; one of whom was abducted, after Israeli special forces moved into Qabatiya village, south of Jenin.

Contents of a publishing house were confiscated for the third time. In addition, a grocery was raided and some of its contents were damaged while other contents were stolen in Hebron.

Israeli forces continued their efforts to create Jewish majority in occupied East Jerusalem. An orphans’ school was raided; and the director of the Ministry of Education and 10 students were abducted.

A room in a house belonging to a Palestinian prisoner was shut down. Another apartment was shut down also under the pretext it contains a metal workshop in Nablus.

On 19 October 2016, Israeli forces stationed in the east of al-Ahmar area, east of Bait Hanoun village, north of the Gaza Strip, opened fire at the aforementioned area. As a result, the farmers fled fearing for their lives. However, neither casualties nor material damage were reported.

As part of targeting Palestinian fishermen in the Sea, on 13 October 2016, Israeli forces stationed in the sea off al-Waha area, northwest of Beit Lahia, north of the Gaza Strip, opened fire at the Palestinian fishermen. As a result, the fishermen sailed back to the seaport. The same attack was carried out 4 times during the reporting period in the same area and off al-Sudaniya shore as well. No casualties were reported.

Concerning settler attacks, on 13 October 2016, a group of settlers guarded by Israeli forces moved into al-Thawri neighbourhood in East Jerusalem’s Old city. They attacked Palestinian property, attempted to raid some houses and attacked their inhabitants.

The next day, settlers stabbed and attacked Mohammed al-Razem (26), from Silwan village, while he was walking in a street, north of East Jerusalem.

On 13 October 2016, Israeli forces moved into Kherbet al-Hadidiya in northern Jordan Valley, east of Tubas. They levelled the road leading to the Kherbeh and put a sand barrier at the entrance to that Kherbeh.

On 14 October 2016, a settler set fire to lands in Kufor Qaddoum village, east of Qalqilya. As a result, 50 olive trees belonging to the heirs of Abdul Mahdi Mohammed Ali were burnt before the Civil Defence crew could extinguish fire.

On 15 October 2016, 2 settlers accompanied by Israeli soldiers coming from “Itmar” settlement, dismissed the family of Fawaz Hanani at gun point. The settlers threw away the olives that family had collected.

This week, Israeli troops used excessive force against Palestinian civilians participating in peaceful protests, the majority of whom were youngsters.

Following the Friday prayer, 14 October 2016, dozens of Palestinian civilians and Israeli and international human rights defenders organized protests in Bil’in and Ni’lin villages, west of Ramallah; al-Nabi Saleh village, northwest of the city and Kufor Qaddoum village, northeast of Qalqiliya. Israeli forces forcibly dispersed the protests, firing live and rubber-coated metal bullets, tear gas canisters and sound bombs. They also chased the protesters into olive fields and houses. As a result, some of the protesters suffered tear gas inhalation while others sustained bruises as Israeli soldiers beat them up. Israeli forces stopped international solidarity groups and detained their passports, in addition to writing down their names. Moreover, Israeli forces declared the area a closed military zone. It should be noted that a number of Palestinian young men climbed over the annexation wall and raised the Palestinian flag.

Around the same time, dozens of Palestinian young men organized a protest against the Israeli policies in the Occupied Palestinian Territories at the western entrance to Silwad village, northeast of Ramallah, on the road between Silwad and Yabroud villages. The Protesters threw stones and Molotov Cocktails at Israeli soldiers, who fired live bullets, rubber-coated metal bullets, tear gas canisters and sound bombs in response. As a result, a fire broke out in a plot of land belonging to Mo’amar ‘Aiyad, from Silwad village.

At approximately 13:30 on Friday, 14 October 2016, Palestinian civilians and Israeli and international human rights defenders organized a protest in the centre of Kufor Qaddoum village, northeast of Qalqiliya, and then made their way to the eastern entrance of the village in protest against closing that entrance since the beginning of al-Aqsa Intifada with an iron gate. When the protesters approached the entrance, Israeli forces fired live bullets, rubber-coated metal bullets, tear gas canisters and sound bombs at them. As a result, many civilians suffered tear gas inhalation.

Due to the number and severity of Israeli human rights violations this week, the PCHR made several recommendations to the international community. Among these were a recommendation that the United Nations provide international protection to Palestinians in the Occupied Palestinian Territories, and to ensure the non-recurrence of aggression against the Occupied Palestinian Territories, especially the Gaza Strip.