Pence Visit Met by Opposition from Jordan and Palestine 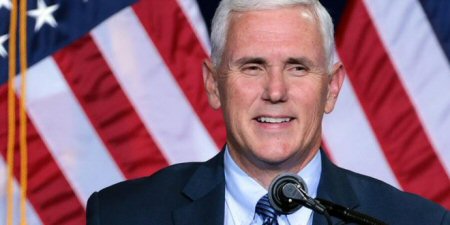 Jordan’s King Abdullah, during a meeting with US Vice President Mike Pence, said that East Jerusalem must be the capital of a future Palestinian state, adding that the only solution to the Israeli-Palestinian conflict was that of two states.

“The US decision on Jerusalem does not come as a result of a comprehensive settlement of the Palestinian-Israeli conflict,” Abdullah told Pence at the royal palace.

In response, the latter told the king that Washington was committed to preserving the status quo of holy sites in Jerusalem. “We take no decision on boundaries and final status, those are subject to negotiation,” he said.

According to Haaretz, Jordanian officials fear Washington’s move to recognize Jerusalem as the Israeli capital had also wrecked any chances of a resumption of Arab-Israeli peace talks which the monarch had sought to revive.

King Abdullah’s Hashemite dynasty is the custodian of the Muslim holy sites in Jerusalem, making Amman sensitive to any changes of status of the disputed city.

Meanwhile, the Palestine National Liberation (Fateh) movement, on Saturday, announced a general strike for Tuesday, when US vice president arrives in Israel, as a protest against the Jerusalem decision.

The strike will include all sectors, except for the ministries of Education and Health, according to the PNN.

In an interview with Voice of Palestine radio, member of the Fateh Central Council Jamal Muheisen said that the strike aims to protest Trump’s move and activate non-violent popular resistance as affirmed by the Palestinian Central Council, WAFA reported

He said that a meeting will be held on Sunday to discuss ways to strengthen popular resistance to end the Israeli occupation.

This visit has been postponed since last December, where Pence was scheduled to meet with Palestinian Authority officials, who in turn said they will not receive him after Trump’s recognition of Jerusalem as the Israeli capital, which sparked Palestinian rage and ensuing protests all over the West Bank and Gaza.

Following Trump’s recognition, the PA said that the US no longer qualifies to mediate in the Israeli-Palestinian negotiations or peace-process, announcing its halt.