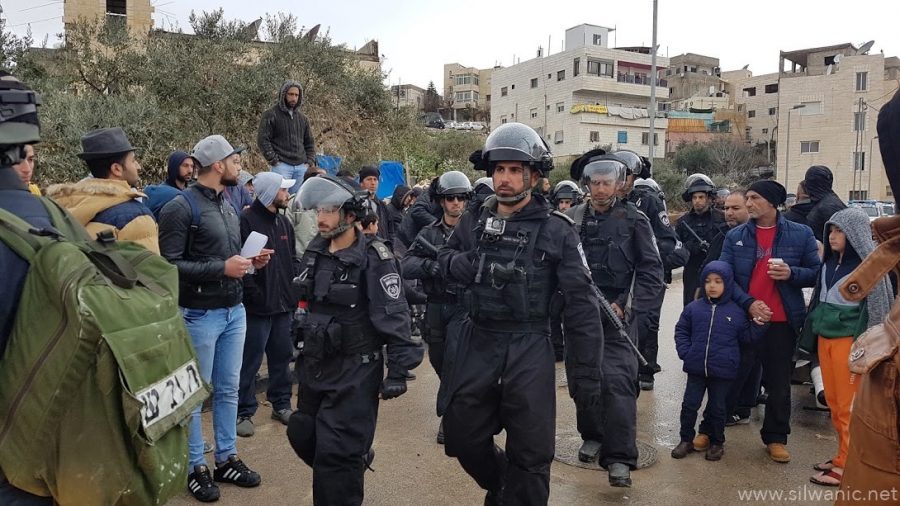 The occupation municipality’s bulldozers demolished, on Wednesday morning, a residential building owned by Khaled Nimer Mahmoud, in the village of al-Eeesawiyya, under the pretext of building without a permit.

According to Wadi Hilweh Information Center in East Jerusalem, more than 200 individuals from special units and occupation police raided the village of al-Eeesawiyya, in the early morning hours, and were deployed in several areas and closed some streets. Tided the building of Khaled Nimer Mahmoud and evacuated the residents by force, to execute the demolition order which was recently ratified by the District and Magistrate courts, under the pretext of building without a permit.

Mahmoud added that this is the third time his building has been demolished under the same pretext; previously in 2002 and 2003. A building violation fine of 75 thousand NIS was previously imposed on him and he attempted to license the building, but to no avail. In 2002, he was forced to pay 20 thousand NIS as “demolition costs” to the municipality crews and bulldozers that demolished his building.

The bulldozers also demolished the foundation of a property owned by the Mustafa family, also in the village of al-Eeesawiyya.

Related: 03/05/17 Palestinians Living in Caves as Homes are Destroyed by Israeli Forces