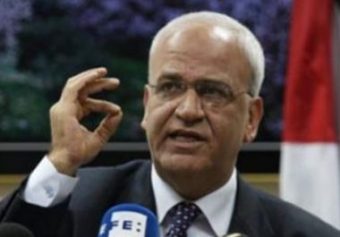 “The medical team announced the surgery was successful and Erekat’s new lung is working and responding well,” said Head of the PLO’s General Delegation in the US Husam Zomlot in a press release.

Zomlot added, according to WAFA, that Erekat is in good condition, however he needs to receive follow-up treatment for several weeks.

He thanked the medical team on behalf of President Mahmoud Abbas, and expressed his hopes for Erekat’s speed recovery and safe return home.

Erekat was admitted on Thursday to the operating room, at Inova Fairfax Hospital in Virginia, for a lung transplant.

Erekat, 62, top Palestinian negotiator with Israel for the past 20 years, has been suffering from a debilitating lung disease that require lung transplant to be cured from it.

He has been on the lung transplant waiting list for few months and recently traveled to the United States to undergo transplant operation.