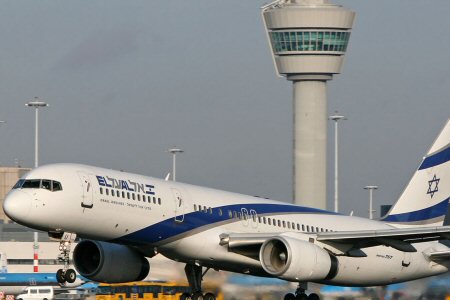 The three women, who are Palestinian citizens of Israel, told Al Jazeera that the body search – which took place last October – went well beyond a pat-down and amounted to sexual assault. The incident exceeded two hours, during which the women say they were threatened with being denied permission to board the plane if they did not agree to a strip search.

The defence has until October 20 to answer to the charges, after which the court will appoint a trial date in Tel Aviv.

“I overheard the chief security officer tell [a female officer] that if I did not take off my bra I will not get on the plane,” one of the plaintiffs, who asked that her name not be published, told Al Jazeera. “I couldn’t speak. It was a shock. I completely undressed the upper part of my body. It was painful.”

Awni Bana, the lawyer representing the three women, told Al Jazeera that his clients were subjected to a strip search simply because they were Arab.

“The search was unwarranted,” Bana said. “The women were not acting in a suspicious manner and there was no intelligence suggesting that the women posed a security threat.”

Illegal under international law, racial and ethnic profiling is defined by the United Nations as “reliance by law enforcement, security and border control personnel on race, colour, descent or national or ethnic origin as a basis for subjecting persons to detailed searches, identity checks and investigations”.

The trip to Belgrade was meant to be a short break for the three young women before they resumed their Masters’ studies at the Hebrew University of Jerusalem. They bought their tickets from Arkia Airlines, but El Al handles security checks for all Israeli airlines, including flights bound to Israel.

The women say they were the only passengers pinpointed for extra screening. One of the women fainted during the strip search.

John Coyne, an expert on border security, told Al Jazeera that strip searches “should be a security measure of last resort and should be underpinned by an evidence-based assessment that on the balance of probabilities, the person is concealing something that represents a threat. It should also be undertaken in a respectful manner that seeks to protect the subject’s modesty and by a person of the same gender.”

In a response to questions from Al Jazeera, El Al said in a statement that its security procedures were in accordance with all relevant laws and regulations, noting: “Every action taken by any El Al security employee is closely monitored and debriefed. It goes without saying, that El Al does its very best to keep every security procedure respectful and tolerant.”

However, the Association for Civil Rights in Israel (ACRI), an Israeli NGO active in the defence of human rights, noted that the policy of ethnic profiling by Israeli airlines is “not new.”

ACRI lawyer Shatha Amer told Al Jazeera that the NGO has been in the process of gathering testimonies of passengers subjected to “discriminatory practices” at Ben Gurion Airport, with an ultimate goal of going to court to argue for a policy change.

“By default, you are put under suspicion if you are an Arab,” Amer said.

In 2007, ACRI filed a legal petition asking the Supreme Court to rule against ethnic profiling at airports and arguing for the “implementation of uniform and equal criteria for all security processes”.

“[The essential issue is whether it should] be permitted to sweepingly declare a minority group of Israeli citizens as a security threat,” ACRI’s petition stated. The group added during a court hearing on the matter: “A democratic country cannot consent to the humiliation of 20 percent of its citizens.”

But in 2015, Israel’s high court annulled the petition, effectively avoiding a ruling on the practice of ethnic profiling. The high court said that new measures adopted at Israeli airports, which allowed for the screening of travellers away from the public eye, made it unnecessary to rule on the matter.

A “hold baggage screening” system was introduced two years ago at Ben Gurion Airport, providing an “automatic security check system for inspection of passenger luggage”, according to the Israel Airports Authority’s website.