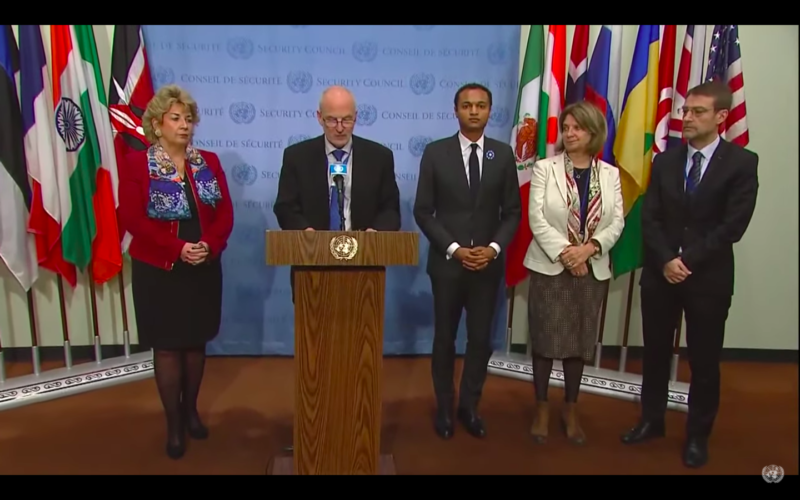 November 9, 2021 – (Palestinian News Network) – Five European countries expressed “serious concern” at Israel’s designation of six Palestinian civil society organizations as terrorist groups after a Security Council meeting late on Monday and said they will be seeking more information from Israeli authorities on the reasons for their listing.

“These listings are a matter of serious concern, as they have far-reaching consequences for the organizations in political, legal, and financial terms,” the European countries said after the UNSC held a closed-door meeting on the matter in New York on Monday.

The 15-member council took no action after the closed consultations. But a statement from Estonia, France, Ireland, Norway, and Albania, which will join the council in January, said the listings “have far-reaching consequences for the organizations in political, legal and financial terms.”

“A thriving civil society and respect for fundamental freedoms are cornerstones of open democracies,” said the statement read by Estonia’s UN Ambassador Sven Jurgenson after the council discussion. “Civil society is an essential contributor to good governance, human rights, international law, democratic values and sustainable development across the world, including in Israel and Palestine.”

But a confidential Israeli dossier detailing alleged links between the Palestinian human rights groups and the PFLP contains little concrete evidence, and it has failed to convince European countries to stop funding the groups.

The six groups, some of which have close ties to rights groups in Israel and abroad, deny the allegations. They say the terror designation is aimed at muzzling critics of Israel’s half-century military occupation of territories the Palestinians want for their future state.

Video from the United Nations