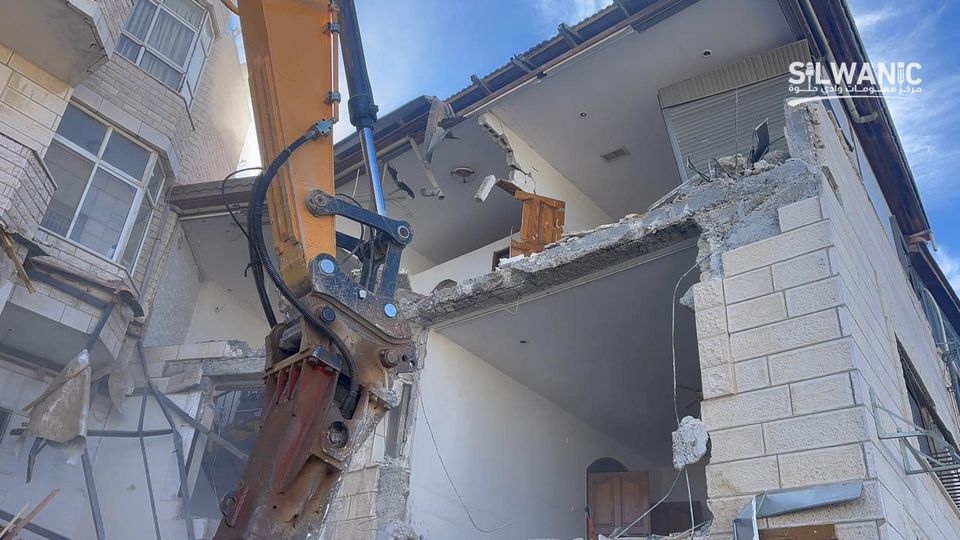 Two Palestinian families were forced, on Tuesday, to self-demolish their homes in different neighborhoods of occupied East Jerusalem, according to local sources.

Sources told the Palestinian News and Information Agency (WAFA) that Aziz Oweisa embarked on the destruction of his own home in the Jabal al-Mokabber neighborhood in Jerusalem, under the pretext of building without an Israeli permit.

Oweisa was forced to tear down his home due to the occupation authorities threatening to charge excessive demolition fines, after imposing an unreasonable fine of 32,000 Israeli shekels ($10,300 US) for building without a license.

Additionally, on Tuesday, Israeli authorities delivered a demolition order to another Palestinian resident of the Jabal al-Mokabber neighborhood.

Furthermore, in Beit Hanina town, also in occupied East Jerusalem, a home was demolished by its Palestinian owner under the pretext of being built without a permit, according to the Wall and Colonization Resistance Commission.