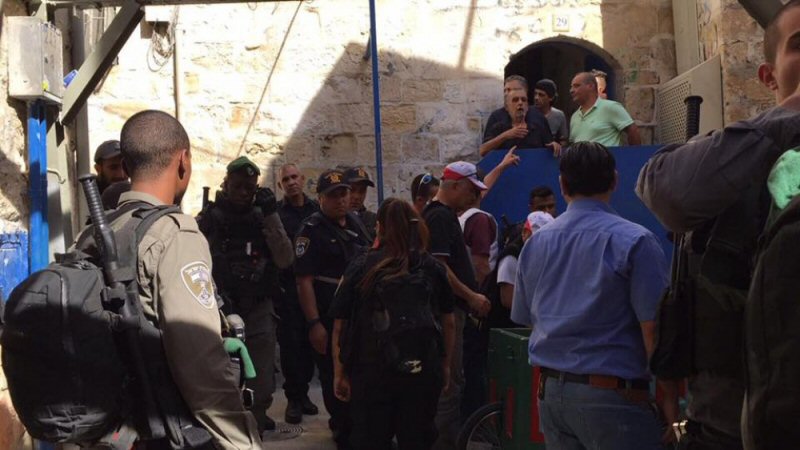 Police opened Al-Magriba at 7:00 AM, deploying its members in the Al-Aqsa courtyards.

Israeli police continued to impose restrictions and measures on the entrances of Al-Aqsa mosque and checked their IDs.

Dozens of Jerusalemite worshippers arrived  at the holy site to attend Quran and studies circles.

Local sources said that the aim of this operation is to search for unlicensed houses, repairing, maintenance works, removing hazards, fixing infrastructure, erasing graffiti from walls, and to ransack Palestinian houses of those involved in acts of resistance.

In the same context, the military closed the Salah Ad-Din road, near the Historic Wall of Jerusalem, under the pretext of a supposedly suspicious object existing there.

It is worth mentioning that closing the road triggered a large traffic jam, since this road is one of the most active streets in Jerusalem.