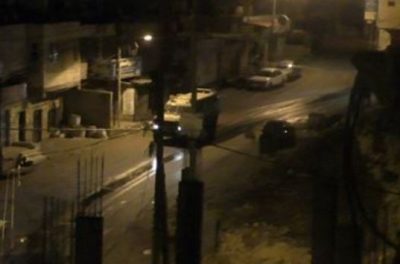 The Palestinian Prisoners’ Society (PPS) has reported that Israeli soldiers have abducted, at dawn Tuesday, sixteen Palestinians from their homes, after the soldiers broke into them and violently searched them, in different parts of the occupied West Bank.

The Hebron office of the PPS, in the southern part of the West Bank, said the soldiers abducted Mohammad Sami Dweik, and Mohammad Abdul-Razeq Masalma.

In Ramallah, in central West Bank, the soldiers abducted ‘Ala Ali Hamed and Kamal Suleiman Hamed, also from their homes.