Power Generators Run Out of Fuel in Gaza Health Facilities 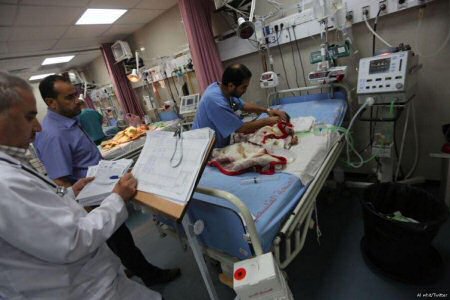 Three power generators operating in three Gaza health centers have shut down, as they ran out of fuel, the Palestinian Ministry of Health announced on Monday.

According the ministry, the number of health facilities that stopped work, due to the crisis, has reached to 16 health centers and a hospital in Gaza.

The power generators at the centers of Al-Zawaydeh, Al-Bureij Central and Al-Baraka stopped working this morning, the spokesman for the ministry in Gaza, Dr. Ashraf Al-Qedra, said.

In the last few days, power generators have been shut down by three hospitals and 13 health centers across the Gaza Strip because of the lack of fuel needed to run them, according to Al Ray.

“We are more concerned that more power generators will stop every day as there is no horizon to solve the severe crisis,” Al-Qedra said.

Last January, Al-Qedra announced that the Minister of Health for the consensus government said he would allocate a million shekels to the health ministry in Gaza, to supply Gaza’s health facilities with fuel, but said that the amount had not been reached until today.

According to the data announced by the Ministry of Health in Gaza, the ministry needs (450 thousand liters) of diesel per month if the hours of cutting power is up to a maximum of 12 hours per day.