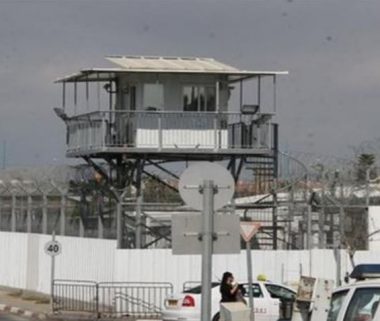 The Palestinian Prisoners’ Society (PPS) has reported that the number of Palestinian detainees who have been officially diagnosed to be infected with the coronavirus in Israeli prisons has arrived to more than 335, after 38 detainees contracted the virus in Ramon prison.

The PPS said the 38 detainees are all held in Section 4 of Ramon prison, bringing the total number of cases in it to 111, and added that the first officially diagnosed case in this section was on January 11th, 2021.

It stated that Israel failed to take all need measures to prevent the spread of the virus by constantly delaying tests for the detainees and by failing to announce the results in due time.

There are more than 40 detainees in Section 4 who already have chronic medical conditions, including respiratory issues, and most of them are elderly and serving high terms.

It is worth mentioning that the Israeli Prison Authority started using Section 8 of Ramon prison to isolate the detainees who are infected with the coronavirus; however, they are held in dire conditions and are not provided with the needed medical care.

It is worth mentioning that a few infected detainees were recently moved to the Soroka Israeli medical center due to serious health setbacks.

Many detainees in Ramon have already been inoculated, except those held in Section 4, which became the hotspot of the spread of the virus.

Israel started providing vaccine to some of the detainees after international pressure, especially when some government ministers objected to inoculating the political prisoners.

The PPS called on the International Red Cross to closely monitor the conditions of the Palestinian detainees in Israeli prisons, and for pressuring Israel into allowing an independent medical committee to observe their situations.