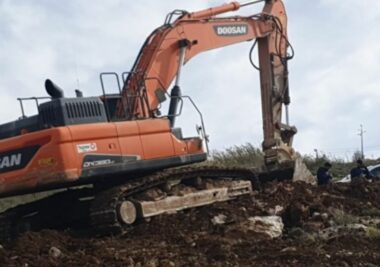 Israeli soldiers uprooted, on Tuesday and Wednesday, large swaths of Palestinian lands in the southern West Bank governorate of Hebron, to expand an illegal colony, and abducted a man who tried to prevent the army from uprooting his land.

Media sources in Hebron said the army is working on expanding and paving new roads in the illegal Negohot colony, which was built on stolen Palestinian lands, near Hebron city, and Beit Awwa town.

During the attack, the soldiers assaulted a Palestinian man, identified as Mohammad Jadallah, and abducted him after trying to stop them from uprooting his land.