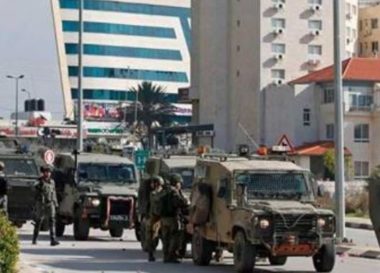 Israeli soldiers abducted, on Monday at dawn, twenty-one Palestinians from their homes, in several parts of the occupied West Bank, including occupied East Jerusalem. One of the abducted Palestinians is the head of the Jerusalem office of the Palestinian Prisoners’ Society and the secretary of Fateh movement in the city.

The PPS said the soldiers abducted Nasser Qous, the head of its office in Jerusalem and the secretary of Fateh movement in the city, after storming and searching his home in the Old City.

It added that the soldiers also abducted Nasser Salama, Emad Shalloudi and Haitham Hijazi, in the Old City of Jerusalem, and Ayman ar-Resheq from the ath-Thouri neighborhood in Silwan town.

In Tulkarem, also in northern West Bank, the soldiers abducted Mohammad Ra’ed al-Hawarin, from his home.

In addition, the soldiers abducted Taiseer Ahmad al-Jondi, 60, and a former political prisoner who was held by Israeli for fifteen years, identified as Zaher Abdulrahman Doqqa, 42.