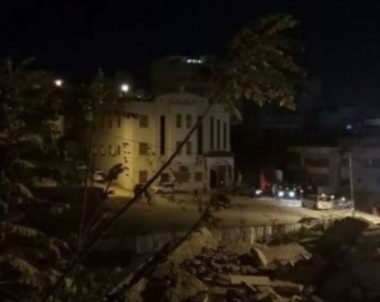 The Palestinian Prisoners’ Society (PPS) has reported that Israeli soldiers abducted, on Wednesday at dawn, twenty-nine Palestinians, including an elected legislator, from several parts of the occupied West Bank, including East Jerusalem.

The PPS stated that the soldiers stormed and ransacked dozens of homes across the West Bank, and installed many roadblocks, before stopping and searching dozens of cars, and interrogated scores of Palestinians while inspecting their ID cards.

One of the abducted Palestinians is an elected legislator, identified as Mohammad Abu Teir, 67, who is from occupied Jerusalem, but Israel forcibly exiled him from the city in 2011, before he resided in al-Biereh city, in the central West Bank governorate of Ramallah and al-Biereh.

It is worth mentioning that Abu Teir was forced out of occupied Jerusalem along with the former Jerusalem Minister Khaled Abu Arafa, and two legislators, identified Ahmad Attoun and Mohammad Totah.

Abu Teir is a former political prisoner, who was frequently abducted and detained, spending more than thirty years in Israel prison, and suffers from several chronic health conditions.

27 of the abducted Palestinians have been officially identified as: