Army Demolishes A Barn And An Agricultural Shed In Beit Jala 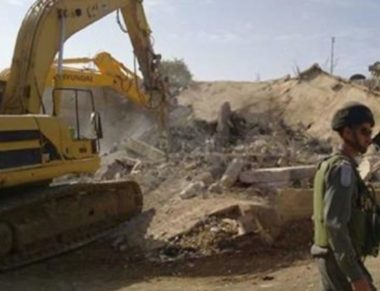 Israeli soldiers invaded, Wednesday, the city of Beit Jala, west of Bethlehem in the occupied West Bank, and demolished a barn and an agricultural shed.

They added that the demolished structures are owned by a Palestinian farmer, identified as Bassem Zeit, and were built nearly two years ago on his own land.

It is worth mentioning that Wadi al-Makhrour has recently witnessed serious Israeli violations and escalation, as the soldiers demolished many barns and sheds, and have been preventing the Palestinians from having any sort of construction in the area, for the benefit of Israel’s illegal construction and expansion of its colonies, in direct violation of International Law.