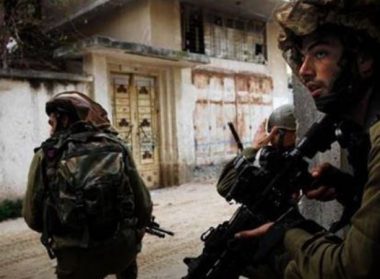 The Palestinian Prisoners’ Society (PPS) has reported that Israeli soldiers abducted, overnight until Tuesday at noon, at least ten Palestinians, including a father and his son, from several parts of the occupied West Bank.

The PPS said the soldiers invaded and violently searched many homes across the West Bank, and interrogated dozens of Palestinians while inspecting their ID cards.

The PPS said that, among the abducted Palestinians is a journalist, identified as Baha’ Nasr, from Ras Karkar village, near Ramallah.

Army Demolishes One Home, Abducts A Palestinian Near Ramallah