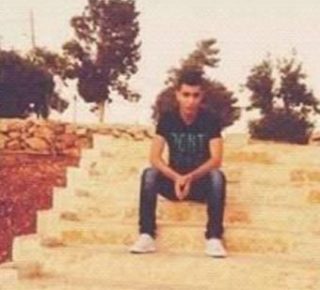 The Palestinian Detainees Committee has reported, Monday, that a detained Palestinian teen has been subjected to repeated assaults during his abduction, and interrogation, including being strip-searched after the soldiers kidnapped him.

The teen, Mazen Monther Ramadan, 17 years of age, was kidnapped from his home, in the central West Bank district of Ramallah, on August 22, 2016.

A PPS lawyer managed to visit the teen in the al-Maskobiyya interrogation center, in Jerusalem, and the detainee informed him that the soldiers forced him to undergo a strip-search.

After he was abducted from his home at dawn, the soldiers cuffed the teen’s hands behind his back, and blindfolded him, in addition to frequently attacking him.

He told the lawyer that the soldiers forced him on the floor of their jeep, and whenever he asked them to loosen the plastic cuffs, the soldiers would insult and attack him.

He was then moved to a military camp, and was denied food or water, and even the right to use the toilets for many hours.

After his transfer to al-Maskobiyya, the soldiers forced the teen to strip and searched him, before placing him under intense interrogation for four days, without a lawyer, while being cuffed and his legs shackled.

He is currently placed in a small, dirty cell, infested with cockroaches, and is receiving very bad food, both in quantity and quality.

In related news, the Palestinian Detainees’ Committee stated that a detainee, identified as Mohammad Khamis Abrash, from the al-Am’ari refugee camp, in Ramallah, is facing serious health complications, but is not receiving the proper, specialized, medical treatment.