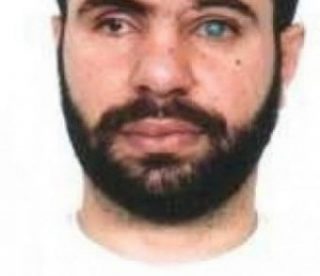 The Palestinian Detainees Committee stated, Monday, that a detainee, identified as Mohammad Khamis Abrash, from the al-Am’ari refugee camp, in the central West Bank district of Ramallah, is facing serious health complications, but is not receiving the proper, specialized, medical treatment.

It said that Abrash’s left leg was amputated due to an injury that did not receive the urgently needed treatment, in addition to having difficulties seeing and hearing, repeatedly feeling dizzy, and is suffering from arrhythmia.

The amputated leg frequently bleeds, especially after the wound got infected, and the prison authority is denying him access to specialized medical attention, including a prosthetic leg.

The detainee also requires an urgent cornea transplant is his left eye, in addition to undergoing various procedures in both of his ears, and is unable to walk without or use the showers on his own.

The Committee stated that Israel’s Prison Authority deliberately denies the detainees the much-needed  medical attention, and is preventing hundreds from the receiving any specialized treatment.

In related news, the Bethlehem office of the Palestinian Prisoners Society (PPS) has reported that Israeli soldiers invaded, on Monday at dawn, the ‘Aida refugee camp, north of the city, and kidnapped one Palestinian.

Furthermore, Palestinian medical sources have reported that the soldiers shot and injured three Palestinians in the Balata refugee camp, and Sebastia town, in the northern West Bank district of Nablus.

Also at dawn, the soldiers invaded Shoufa village, southeast of Tulkarem, in the northern part of the West Bank, and completely isolated it.

Late on Sunday night, the soldiers invaded the Mothallath ash-Shuhada village, south of the northern West Bank city of Jenin, kidnapped two Palestinians, and occupied an under-construction home in a nearby town, before using it as a military post.