Army Kills One Palestinian, Injures Another, In Shu’fat Refugee Camp 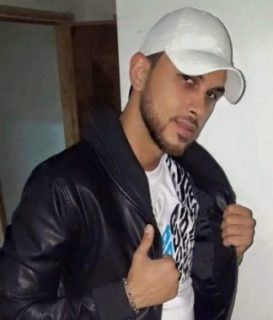 Israeli soldiers invaded, on Monday at dawn, the Shu’fat refugee camp, northeast of occupied East Jerusalem, killed one Palestinian and seriously wounded another, after firing many live rounds at their car.

The Israeli army presented two conflicting narratives on the event, one talking about armed confrontations between the soldiers and armed resistance fighters in the refugee camp, and another about an alleged attempted ramming attack, followed by a stabbing attempt, targeting the soldiers.

Palestinian medics rushed to the site, but the soldiers stopped them and prevented them from providing the needed aid to the Palestinians.

|Nimir Family; “Our Son Was Executed In Cold Blood”|

The wounded Palestinian has been identified as Ali Nimir, 28; he was shot with a live round in his thigh, and was moved to Hadassah Israeli  medical center in Jerusalem.

The Israeli army said one of its soldiers was injured, reportedly by Palestinian fire, during the invasion.

Local sources in Shu’fat said many local youths hurled stones at the invading army vehicles in the camp, while the army fired many live rounds, rubber-coated steel bullets and gas bombs.

It is worth mentioning that the soldiers also kidnapped the wounded Palestinian, and took him to an unknown destination.