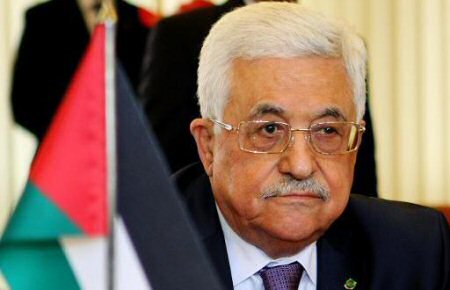 Palestinian President Mahmoud Abbas, on Friday, said that Israel’s continuous measures against the Palestinian people, especially in occupied Jerusalem, the most recent of which was the arrest of journalists working for Palestine TV, violate signed agreements, the Palestinian News and Info Agency reported.

Speaking at a meeting of the Executive Committee of the Palestine Liberation Organization (PLO) at the presidential headquarters in Ramallah, President Abbas stated that “there are agreements between us and the Israelis that all of these institutions, including the Orient House, are to continue to function in Jerusalem and carry out their work normally, just as any Palestinian institution operating anywhere in the West Bank and Gaza Strip. Yet Israel prevents everyone from working,” stressing that this situation will not be allowed to continue.

The Palestinian leader made reference to the the arrival of equipment and personnel at the site of the US hospital in the Gaza Strip, economic projects planned for Gaza, which include an artificial port island and an airport, plus Israeli plans to build a new settlement in the heart of the southern West Bank city of Hebron, which he stressed “are things that cannot be tolerated.”

He stressed that “if these things continue to be implemented, then all of our written and agreed upon agreements between us and Israel and the United States will be null, and we will all work and prepare ourselves from now on, because we cannot bear to see them annex the land piece by piece as we watch.”

On the issue of national elections, President Abbas said, “There are talks with Hamas so we can stand on solid ground, and once an agreement, one important issue remains, which is that elections must take place in Jerusalem and in Gaza, and if we cannot do that, we will come back to this table to decide what we can do.”

“The elections are essential, but not at any price, they must be in the right way that guarantees the full representation of our people everywhere on Palestinian land, particularly in Jerusalem.” – Pres. Abbas