Soldiers Abduct A Palestinian In Jerusalem, Install Roadblock Near Jenin 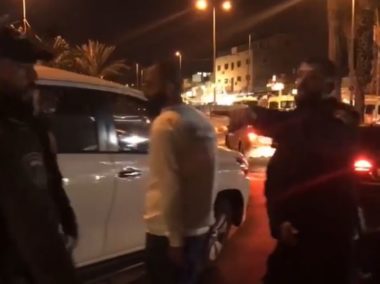 Media sources Jerusalem said the soldiers abducted Nidal Abboud, after stopping him in Bab al-Amoud area, in the Old City.

The soldiers took the abducted young man to a nearby detention center. The army also attacked several Palestinian journalists while trying to stop them from documenting the abduction.

The incidents took place during a nonviolent protest in Bab al-Amoud.

In addition, the army installed a military roadblock at the main entrance of Sielet al-Harithiya town, west of Jenin, in northern West Bank.

The soldiers stopped and searched many cars, and interrogated dozens of Palestinians while inspecting their ID cards.