Press Release: Teenaged Palestinian Girl, Born and Raised in the West Bank, is Illegally Deported to the Gaza Strip 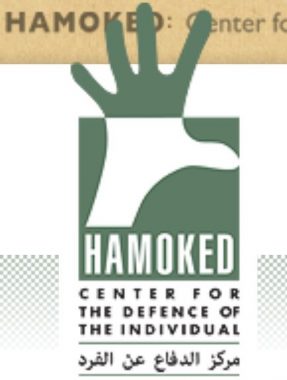 By HaMoked: Center for the Defence of the Individual: For Immediate Release: HaMoked has written urgently to the Israeli military to return a 14 year-old girl who was illegally deported to the Gaza Strip.

Ghada (her last name is withheld) was born in 2003 in the city of Ramallah in the West Bank, where she has been living her whole life. Her father is originally from the Gaza Strip and when she was born her address was also listed as Gaza. She lives with her family in a-Ram, a West Bank town just on the outskirts of Jerusalem. Ghada suffers from epilepsy and is under ongoing medical supervision.

On January 13, 2018, when she was returning from a visit to her aunt in the Issawiya neighborhood in Jerusalem, she was arrested by the Border Police for being in Jerusalem without the necessary permits. She was interrogated by the police and taken to a remand hearing at the Jerusalem Magistrates Court on January 15, 2018. Her parents were not present during the interrogation or the hearing. The judge ordered her release, provided she appears at any additional proceedings. Her family paid a guarantee of NIS 1,500.

In a telephone conversation with HaMoked, Ghada described what happened on the day of her release from Israeli jail: she was woken at 5:00 a.m. and told that they were going to release her at the Qalandia checkpoint (near her home). Instead, to her extreme dismay, after hours of travel, representatives of the Israel Prison Service dropped her off after dark at the Erez Crossing into Gaza. No one had coordinated with her family or even bothered to explain to her where she was.

Ghada had never been in the Gaza Strip before. Frightened, she crossed to the Palestinian side of the crossing. Only with the help of Palestinian Authority officials did she manage to contact her mother who arranged for her to stay with her father’s relatives (whom she had never met before).

On January 30, Attorney Abir Joubran-Dakwar of HaMoked wrote to the Israeli military, demanding that Ghada be immediately returned to her family in the West Bank. If a positive answer is not received by February 1, 2018, HaMoked will turn to the Supreme Court with an urgent petition.