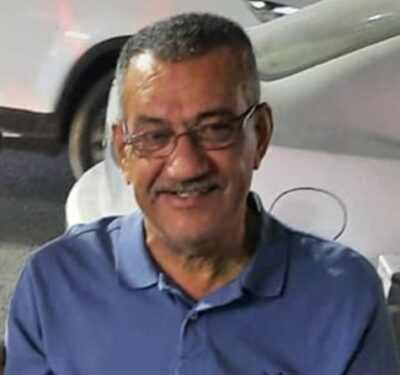 On Thursday, the family of Jamal Zaid, 64, said that he has decided to refrain from undergoing dialysis in Israeli prisons to protest his continued arbitrary Administrative Detention without charges or trial.

Luay Zaid said one of the lawyers of the Palestinian Detainees’ Committee, Fawwaz Shalloudi, has informed him that his father, who suffers kidney failure, has decided to stop receiving dialysis to protest his continued detention.

Zaid said his father stopped dialysis two days earlier and is demanding to be freed, especially after Israel renewed his Administrative Detention order for the third time since he was taken prisoner on September 15, 2021.

He added that the family is extremely concerned about their father’s condition, especially since he needs dialysis three times a week, is held at the infamous Ramla prison clinic, and has several other chronic health issues.

Zaid, from the al-Biereh city in the central West Bank, was abducted for the first time in May of 2019, was imprisoned under the Administrative Detention orders for a year, and started facing issues with his kidneys while in prison but did not receive professional medical attention.

Following his release, and as a result of the medical neglect he had been subjected to for more than a year, it became clear that he needed periodic dialysis and he began his treatment.

Even though Jamal’s lawyer emphasized in each confirmation and/or appeals hearing the seriousness of the detainee’s health condition, accompanied by medical reports, and stressed the need for his release to receive necessary treatment, Israeli military courts continued to confirm his detention for months on end, totaling to a year.