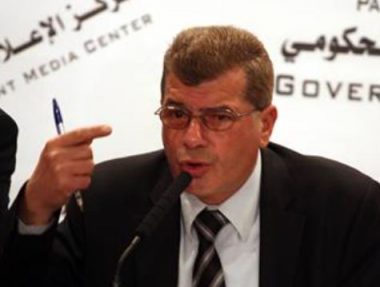 The head of the Palestinian Detainees’ Committee Issa Qaraqe denied, Sunday, misleading Israeli reports and false allegations, claiming that eighty-eight detainees have stopped their hunger strike, and affirmed that the number of striking detainees is gradually increasing.

Qaraqe even challenged Israel by asking Prison Authority officials to allow the lawyers to visit with the detainees, instead of completely isolating them from the world, and added that Israel is desperate in its attempts to foil the strike, especially due to its serious repercussion in the prisons, in Palestine and around the world.

“What is happing right now is exactly the opposite of the Israeli allegations and propaganda — in fact, today a substantial number of detainees, held in Ramon and Majeddo prisons, who will be joining the strike,” he stated, “We have more than 1500 detainees who are participating in the hunger strike, and the number is gradually increasing.”

His statements were made after the Israeli government-run radio claimed that the hunger strike declining, and alleging that eighty-six detainees in Gilboa’ prison, and two other in Majeddo, have already ceased the strike.

The hunger strike stated seven days ago, demanding basic, internationally-guaranteed rights, including ending the ongoing invasions into their rooms, providing adequate medical attention to ailing detainees, allowing them direct body contact with their visiting family members, the right to education and to treat the detainees in a humane manner during transfers, in addition to several legitimate demands.