Qaraqe’: “Qadi To Be Moved To A Hospital In Ramallah Saturday” 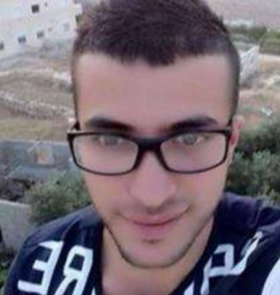 The head of the Detainees’ Committee Issa Qaraqe’ has reported that detainee Malek al-Qadi, who went on hunger strike for seventy days until winning his freedom from Israel’s illegal Administrative Detention, will be transferred this Saturday from the Wolfson Israeli Medical Center to the Istishari Arab Hospital, in the West Bank city of Ramallah.

Qaraqe’ told the WAFA Palestinian News Agency, Friday, that a Palestinian ambulance will be transferring al-Qadi to the Istishari Hospital, where he will remain in intensive care until he completes his recovery.

He added that al-Qadi’s medical condition is serious, as he still suffers from various issues, especially in his heart and lungs, resulting from his 70-day hunger strike.

On Wednesday, al-Qadi in addition to Mohammad and his brother Mahmoud Balboul, ended their hunger strikes after reaching an agreement with the Israeli Authorities ending their arbitrary Administrative Detention orders, without charges or trial.

Al-Qadi was initially supposed to remain at the Wolfson Israeli medical center for two weeks before his release, but he wanted to be moved to a West Bank hospital to complete his recovery there, after the hospital prepared a special room for him and his family, to stay there for free.