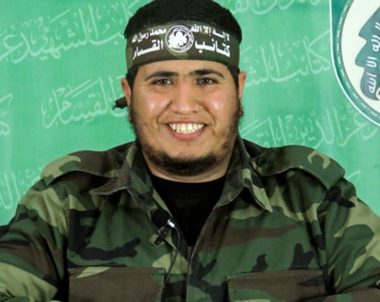 The al-Qassam Brigades, the armed wing of Hamas movement, has reported that one of its fighters died, Friday, from serious wounds he suffered during the Israeli war on Gaza in the summer of 2014.

In a statement, al-Qassam said the fighter, BaraŌĆÖ Adel al-ŌĆśAmour, 30, was injured in Khan Younis, in the southern part of the coastal region.

Dozens of Qassam fighters were killed during the 51-day Israeli offensive on Gaza in the summer of 2014.

During the ongoing and indiscriminatory bombardment and shelling on the Gaza Strip, the army targeted hundreds of homes, public facilities, hospitals, and medical centers, mosques, roads and infrastructure.

The al-Mezan Center for Human Rights has reported that the Israeli offensive left 2.219 Palestinians dead, most of them are civilians. Thousands more were injured, including dozens who died from their wounds, months or years later.

The Israeli bombardment and shelling resulted in the obliteration of 142 families, including women, infants, children and the elderly.