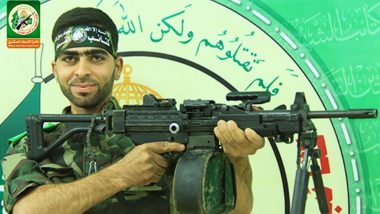 The Al-Qassam Brigades, the armed wing of the Hamas movement, has announced the one of its fighters was killed, on Friday evening, in a tunnel accident in Khan Younis, in the southern part of the Gaza Strip.

Al-Qassam identified the fighter as Yousef Issam al-Agha, 22, from Khan Younis, and added that he was killed after a tunnel collapsed on him.

It also stated that twenty-one of its fighters have been killed in similar tunnel accidents in 2016.

Also on Friday, a child, identified as Rimas Hamdouna, 5, was shot in her abdomen, after Israeli soldiers fired live rounds at homes and lands, in Beit Lahia, in northern Gaza.