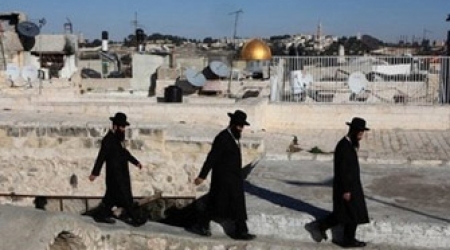 The foreign ministry of the Palestinian Authority (PA), Sunday, demanded the arrest of a Jewish Rabbi, who called on Israeli settlers to poison water used by Palestinians in hundreds of towns and villages across the occupied West Bank.

The Palestinian national office for the defense of land and resistance of settlements warned of the dangers and consequences of such calls.

In its weekly report, it explained that Rabbi Shlomo Mlmad, the chairman of the so-called Council of Rabbis in West Bank settlements, called on settlers to poison Palestinians through their water supply, which came to light by the Israeli organization ‘Breaking the Silence’.

Group member Yehuda Shaul said, according to WAFA, that the aim behind poisoning water in the West Bank is to push Palestinians out of their towns and cities in order to allow settlers to take over Palestinian lands.

The ministry of foreign affairs said, in a press release, that Palestinians have grown used to Israelis stealing from their water sources then selling it back to them. Recently, Israeli authorities cut off water supplies from the northern cities of the West Bank during the hottest days of the month of Ramadan, when Muslims fast from sunrise till sunset.

While Israel continues to pose multiple restrictions on Palestinians who try to dig water wells, this call by Rabbi Mlmad is considered a crime against humanity because it targets humans, animals, crops and all forms of life in the occupied Palestinian territory (oPt).

The ministry held the Israeli government fully responsible for the consequences of such calls. It demanded the arrest of the Rabbi for inciting murder, and the enforcement of necessary procedures to protect Palestinians from individuals who might attempt to poison water sources.