Rafah Crossing and the Impossibility of Leaving Gaza 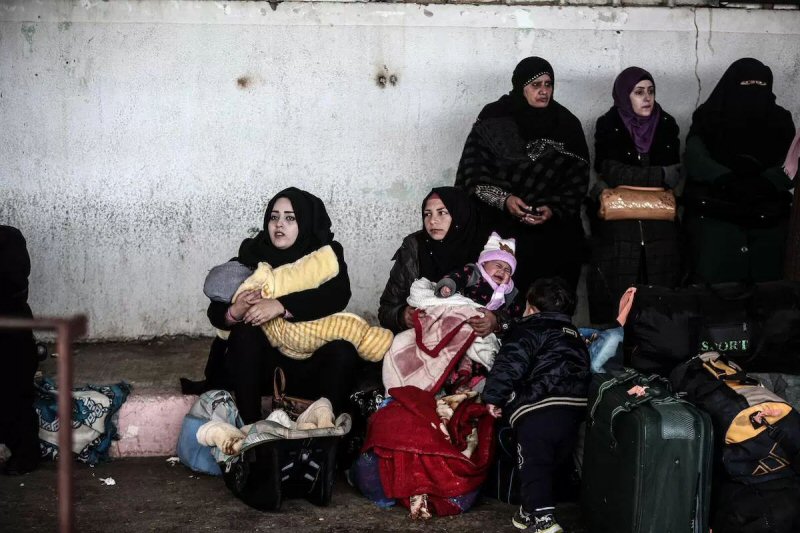 After three days of an exceptional opening of Gaza’s only gate to the outside world, the Rafah border crossing, Palestinians are – again – locked up behind the giant concrete walls of the blockade; their only way out is paying the unaffordable bribe for the “coordinated passage.”

Throughout 2017, the Rafah border crossing has opened for about 16 days in total. The ongoing Israeli blockade, in full cooperation with Egypt, enters its 11th year.

It is time that Gaza has its own port to the world again.

Everyone in Gaza, whether a registered passenger or a non-traveller, is always relieved upon hearing the news that the Egypt-controlled Rafah border crossing will open for another “humanitarian” break after long and painful months of closure.

On 1 November, Hamas, under an Egypt-brokered reconciliation accord signed last month with the Palestinian Authority (PA), handed over control of the crossing to the PA, which is due to take full control of Gaza by 1 December.

Although the crossing was supposed to open regularly starting from 15 November under PA control, the PA’s promise did not materialise, as the days passed waiting for progress on the delicate reconciliation process.

The PA, on its part, agreed to grant departure priority to people whose names topped the Hamas-made waiting lists. Yet the first true test of the success of the reconciliation bitterly failed when the Egyptian authorities gave absolute priority to those who paid their way out of Gaza through local networks, while the PA watched silently.

The passengers experienced little difference compared to when Hamas controlled the borders. Travellers, expected to show up at 3am the following morning at Abu Yousef al-Najjar hall in Khan Younes for the sorting process, were given less than six hours notice to say their goodbyes and be prepared to leave.

By dawn, the passengers’ buses moved to the border crossing while people waited for the Egyptian authorities to open the giant black gate that separates the “free world” from the besieged enclave.

This time, however, the Egyptian authorities insisted on processing the “coordinated passages’ list” first.

More than 40,000 people were on the waiting list, yet only 1,440 passengers were allowed to travel out of the Gaza Strip; 200 passengers were Egyptian citizens and 730 were passengers who had to pay their way out through the “coordinated passages” lists.

On the first day, about 200 passengers where let in for security checks. They were only allowed to depart to Cairo airport the following day in the afternoon, after a cold and sleepless night on the floor, punctuated by terror and fear of merciless interrogations or deportations back to Gaza.

Unlike the “coordinated passages”, the ordinary passengers were then stopped and held for several hours at the first Egyptian military checkpoint in the Sinai Peninsula, before they proceeded to the countless further checkpoints on the way to Cairo.

On the third and last day, the Egyptian authorities allocated the whole day for the “coordinated passages’ list”, where 400 passengers left, leaving the rest of the passengers fuming in great disorder, chaos and fury.

Dozens of students organised a protest at the border demanding to be given priority. Hamas authorities promised to help them if the Egyptian authorities would extend the opening of Rafah crossing for another day. By midnight, however, hope dissipated as Egypt announced it was officially closing its borders again until further notice.

Every minute counts for the people who are signed up for departure. They are currently left with one option to achieve the “life or death” necessity: paying the $2000-$10,000 in bribes.

Yet, for a population with probably the highest unemployment levels across the globe and a GDP per capita similar to the poorest societies in Africa, lagging below $1000 per year, the price of seeing the light beyond Gaza’s walls remains completely out of reach for the many, despite their persistent need.

The only gamble is to wait for months – and maybe years – until it’s one’s turn to cross the border as an ordinary passenger, liable for interrogation, plunder, blackmail, and top of all, deportation back to Gaza despite fulfilling the complicated criteria for leaving.

The Egyptian authorities might find justification in closing their “sovereign” borders with the “security dilemma” pretext of the continued war on Islamic State (IS) in Sinai.

The Israeli authorities regard most of Gaza’s population as a potential security threat and consequently less than 1 percent of the population is allowed to leave through the Israeli Erez border crossing.

Yet, when Israel continues to close Gaza’s airfield and waters for the 11th year in a row, it puts the responsibility of Gaza’s population on its shoulders, and it becomes legally bound to create an alternative exit point for the collectively punished population.

With both parties (Egypt and Israel) indifferent to the Palestinian suffering in Gaza, and with both parties deeming Palestinians in Gaza as an ungrateful burden, it is about time that Gaza is allowed to reopen the seaport and airport that it used to have not so long ago.

Since 1967, Israel has exercised full control of Gaza’s 43km coastline and territorial waters, blocking ships from reaching the city. Gaza seaport is the only Mediterranean port closed to shipping. Between 1967 and 1994, the existing infrastructure was severely neglected.

Palestinian researcher Hanine Hassan explained in an op-ed that rebuilding the port would provide Gaza with its own outlet. “It would not only provide Palestinians freedom of movement, but it would also contribute to reviving the economy and improving social and political life in the strip.”

Whether under the control of the United Nations or the European Union, either entity have already demonstrated its competence to perform the job adequately with consideration to all parties’ concerns.

The Palestinians’ humanity should be respected. It is inconceivable that in the 21st century, an entire population of two million people are locked up behind eight-meters high concrete walls, regularly intimidated, bombed, humiliated and blackmailed, while the rest of the world expects them to act “normally” as peace-loving people.