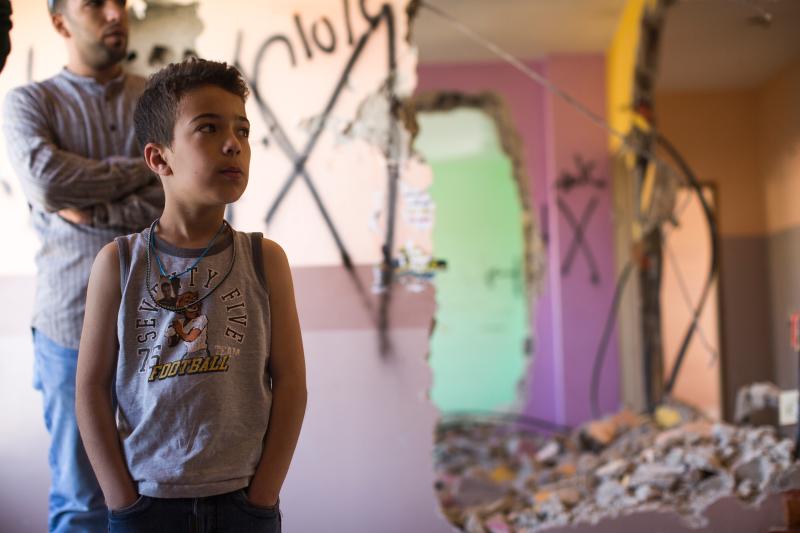 The Abdullah Al-Hourani Center for Studies and Documentation has reported that the Israeli army killed four Palestinians, including a child and a woman, in different parts of the occupied West Bank, in April. 270 Palestinians, including 85 children, were injured, and 400, including 60 children, were kidnapped. Israel also confiscated 2500 of Dunams of Palestinian lands, and approved thousands of new colonialist units, while the army demolished 97 homes and structures.

The center said the army continued its violations against the Palestinian people and their lands, in dozens of invasions targeting their communities.

The slain Palestinians have been identified as;

The center said that the number of Palestinians, shot and killed by Israeli army and settlers’ fire since the current uprising stared on October 1, 2015, is now 216, including 46 children, and that the army is still holding the bodies of 18 slain Palestinians.

The center added that the soldiers also confiscated 2500 of Dunams from the Palestinians in Zawiya town, west of Salfit, and Sneeria town, southeast of Qalqilia, in the northern part of the occupied West Bank.

The Israeli authorities also approved the illegal annexation of hundreds of Dunams belonging to Jaloud village, south of Nablus, in addition to Turmus Ayya and al-Mogheer towns, north of the central West Bank city of Ramallah.

The annexation was made for what Israel called “military considerations,” and to pave a road linking between Shilo colony and colonialist outposts east of it, built on lands belonging to Jaloud village.

The road is also planned to extend until Elon street, in Jericho, an issue that poses serious confiscation threats targeting thousands of Dunams of Palestinian agricultural lands.

The army also bulldozed agricultural roads in Qaryout village, and several Dunam0073DSERTY of farmlands in the al-Arroub refugee camp, near Hebron.

It said that the government approved the construction of 54 units in Har Bracha colony, 17 units in Revava colony, in the northern part of the West Bank, in addition to 70 apartments in Nokadim, 34 units in Tekoa, 48 units in Ganei Modiin and 98 units in Niria colonies near Ramallah, 75 units in Givat Ze’ev, north of Jerusalem, and 24 units in Keryat Arba’, in Hebron.

In occupied Jerusalem, Israeli constriction companies are building more than 415 units in a number of colonies around the city; 24 in Pisgat Ze’ev, 72 in Modi’in, 252 in Har Homa (Abu Ghneim Mountain), 53 in Park Pisgah project in Pisgat Ze’ev, and 14 units in Neveh Adumim, in Ma’aleh Adumim colonialist block.

Israel is also reactivating old plans aiming at the construction of more than 1800 units in four colonies, in occupied Jerusalem.

In addition, the center said that the soldiers shot and injured 270 Palestinians in April, among them 85 children, and kidnapped 400 others, including 60 children.

The report also revealed that the army have demolished 44 Palestinian homes, and 53 agricultural and commercial structures, in the occupied West Bank, including Jerusalem.

The demolitions included four homes in Qabatia town, south of Jenin, and one home in the Qalandia refugee camp, in addition to 34 structures and sheds in Tahna village, south of Nablus, 17 of them were residential, leading to the displacement of 69 Palestinians, including 49 children.

The army also demolished a playground for children in Za’tara town, south of Nablus, and a 2300-meter slaughterhouse in Beit Sahour.