Report: Demolitions Continue as Settlement Activities Increase by 85% in 2017 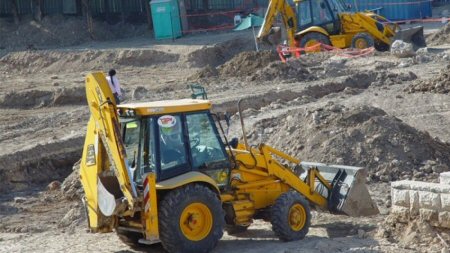 Jamal al-Shobaki, Ambassador of the State of Palestine to Egypt and its permanent representative at the Arab League, said in a statement that the Israeli settlement activities in the occupied Palestinian territories has increased by 85% if compared to the same period in 2016.

He indicated, according to Al Ray Palestinian Media Agency, that the Israeli increase in the settlement activities came after the UNSC resolution 2334 was adopted by the Security Council in December of 2016, against the settlements.

He warned that Israeli Prime Minister Benjamin Netanyahu is attempting to coax more Palestinian-friendly countries around the world, which embraced the Palestinian cause as part of its liberation movements.

Al-Shobaki asked, in his statement, during the Arab League permanent representatives meeting in Cairo, on Sunday, to form a ministerial committee which includes the president of the Arab Summit, the president of the Ministerial Council, Palestine, the secretary general of the Arab League, Egypt and the Arab state member of the United Nations Security Council, to lobby against Israel’s membership in the organization.

The ambassador pointed out that, over the past few months, the Israeli occupation provided more budgets as it evacuated and demolished many of Palestinian homes and properties for the benefit of settlement activities in different districts of the occupied Palestinian territories, including east Jerusalem and its surrounding.

Israeli authorities opened 40 settlement units in Nabi Yaacoub settlement north of Jerusalem, and approved last month the construction of dozens of residential and commercial buildings in the settlement Sderot Dov Yosef, to the south of the city, the report pointed out.

Additionally, a Jewish synagogue opened in the town of Silwan, south of the al-Aqsa Mosque, in the presence of Israeli Minister of Agriculture Uri Ariel and members of Knesset and rabbis, where a number of Judaization projects in Jerusalem announced to be opened and continued in al-Aqsa surroundings.

The report added that Israeli forces detained about 150 Jerusalemites, including 70 children under 18, in addition to arresting Sheikh Raed Salah and Jerusalemite deputy Mohammad Abu Tair, 65, after breaking into his home in the Um Al-Sharayet neighborhood, north of Jerusalem.

Earlier, a settler ran over four Jerusalemite children in Silwan, while Israeli forces detained two children identified as Mohammed Mazro and Ihad Shahin, in a raid to their school in the city.

The undercover unit also abducted the minor child Mohammed al-Sawy, after severally assaulting him on the main street of al-Eizariya town, southeast of Jerusalem.

The report confirmed occurring 68 points of clashes in last month in Jerusalem, centered in the Old City and Silwan and Shuafat Camp, where seven casualties resulted among the soldiers and settlers.

Israeli bulldozers, on Monday, removed part of Shohadaa’ cemetery near al-Aqsa mosque, according to local sources.

Occupation forces built up parks and Biblical paths instead.

The cemetery is an extension of the historical Yusufiye cemetery, which is adjacent to the historic wall of Jerusalem in the al-Asbat Gate area.