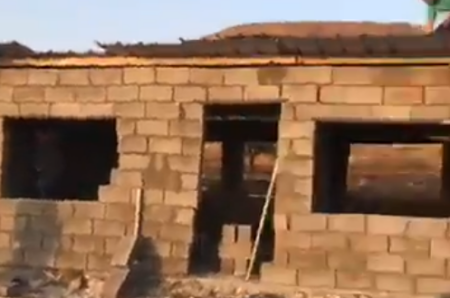 Israeli settlers attacked, on Monday, the newly rebuilt Jeb al-Theeb elementary school, near Bethlehem in the West Bank, but were stopped by local Palestinians, according to Hassan Breijiyeh, from the Committee Against Settlements in Bethlehem.

He said Palestinians confronted more than 30 Israeli settlers who came to the school with an intention to harm the students and pushed them back.

The school, which serves 64 students from nearby Palestinian communities in grades one to four, was rebuilt on Friday after it was demolished by the Israeli army in late August under the pretext it was built without a permit.

According to WAFA, the Palestinians were able to obtain a court order preventing the army from demolishing the new school, at least temporarily.

The Israeli demolition of the school has prompted strong international condemnation.