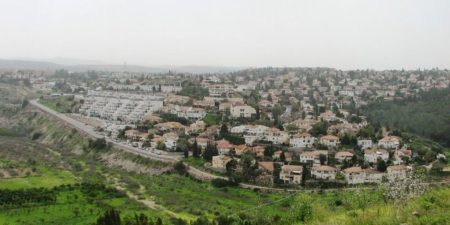 The National Bureau for defending land and resisting settlements stated, in its latest weekly report, that US President Donald Trump’s adviser, Jared Kushner recently announced that Israel won’t annex Palestinian lands before the upcoming Knesset elections, thereby explaining the controversy among Likud, the government, and settlers regarding the annexation projects that the US administration stipulated in the so-called ‘Deal of the Century’.

Kushner’s statements came as Netanyahu expressed his willingness to annex Palestinian lands to Israel before the upcoming Knesset elections scheduled for the 2nd of next March, PNN further reports. At the same time, the heads of settlement councils demanded, during their meeting with Netanyahu, to impose Israeli sovereignty over the settlements in the occupied West Bank without coordination with the United States of America.

Moreover, Netanyahu added that the annexation process will take longer time, as it requires the demarcation of maps and matching them with those contained in the Trump plan, besides the necessity of coordinating them closely with the American Administration. Concurrently, work is going on with the heads of the settlement blocs in the occupied West Bank, to ensure that all settlements are included in the decision, in accordance with the major plans outlined by the us proposal, and to ensure that these settlement blocs will not be affected by the decision, in the long run.

Within this context, the EU opposes the annexation, and affirmed that it does not recognize Israel’s sovereignty in the areas occupied in 1967, including the West Bank, East Jerusalem, and the Syrian Golan Heights.  As for the ‘Deal of the Century’, the EU announced that the plan exceeds the agreed upon international standards, and assured that it will continue to support the 2-state solution based on the 1967 borders. Worth mentioning is the fact that that 100 US Democratic Party Congressmen have expressed their rejection of the “deal,” and stressed that it will push Israelis and Palestinians toward more conflict, and added that the plan paves the way for Israel to permanently occupy the West Bank, and supports the unilateral annexation of Israeli settlements with the Jordan Valley, in return for a dismantled Palestinian State, under Israeli control, and surrounded with settlements.

In parallel, Israel continues the policy of both Judaization and Israeli nationalization in Jerusalem, using various tools, including the Israeli Judiciary, which plays, particularly in Jerusalem, the role of infiltrating real-estate belonging to Palestinians, for settlement societies—especially the ‘Ateret Cohenim Settlement Association.’

Israel’s policy, in this regard, is an extension of that policy, which it initiated from the first years of the occupation, where the Judaization of Jerusalem began directly with the 1967 occupation, as Israel began the process of ethnic cleansing in the Moroccan Neighborhood, which was totally wiped out and its residents were replaced by Jewish settlers. On June 27th of the same year, the Israeli government approved a law annexing East Jerusalem, in addition to the annexation of 14 other Palestinian villages and confiscation of the lands of 29 villages; consequently, Israel doubled the area Jerusalem, when it occupied in 1948.

Within the context of plundering the properties, lands and wealth of the Palestinian people, occupation authorities began digging a water well in the “Qadumim” settlement, naming it “Qadumim 1.” And, in the village of Jinsafoot, to the south of Qalqilia, farmers said that they lost their fertile lands as Israel expanded the “Karni Shamorn” settlement, in 1978.

Data from the population register for settlers in the West Bank, in 2019, revealed that the number of settlers increased by 3.4%, which is twice the rate of population growth in Israel. Knowing that this data does not include Jews in the occupied Jerusalem and its surroundings, whose number exceeds 300,000 settlers.

Within this context, a former member of the Knesset, and a former professor of political science at the Hebrew University, Dr. Ofer Kassiv, directed unusual and unprecedented criticism after he likened Israel to Nazi-Germany to a state on a slope that quickly slips toward fascism. Also, the Israeli historian, Daniel Baltman, described the statements of Yitzhar settlement rabbi David Dod Kibbits, made during the funeral of settler Itamar Ben Gal, in 2018—in which he called for the extermination of the Palestinian people—as an incitement to genocide. He described Palestinian lives in the West Bank and Gaza Strip as catastrophic, adding the people are humiliated, stylized, and imprisoned in an overcrowded ghetto. Houses are being raided and children are terrorized, living a very miserable condition,  in addition to being mercilessly shot by Israeli soldiers.